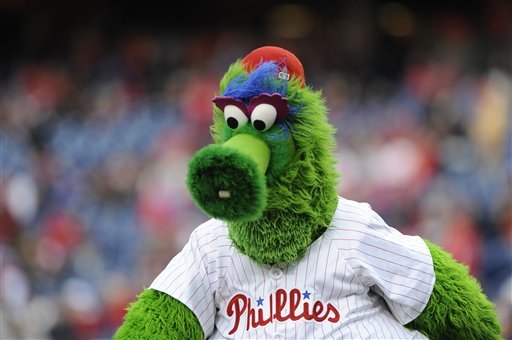 June 3, 2022 Author by raysfan1Posted in Baseball

This year the Phillies have a payroll above the luxury tax threshold. They spent big on free agency. The have the reigning MVP. They have a starting pitcher who was second in NL Cy Young voting last year. Of course their bullpen was and remains a tire phire. That MVP, Bryce Harper, has been relegated to DH duty because he can’t throw due to a UCL injury/trying to avoid Tommy John surgery. Jean Segura is out three months with a broken finger. Two of the high priced free agents, Kyle Schwarber and Nick Castellanos, are defensive liabilities—and not hitting well either.

Some of that couldn’t be foreseen, but bad defense and bad bullpen could be. To this end I wrote in my preview a prediction they’d end up in third place in the division again, that “Phillies Phans will be phrustrated” by it. Well, not just them. Front office leadership clearly thinks they should be better than they are and today decided their manager Joe Girardi is to blame—and fired him.

It’s been true forever that managers get too much credit for victory and too much blame for defeat. In this case the manager is taking the fall when much of the problem is roster construction, which is the fault of the person who fired Girardi—namely Dave Dombrowski. Let’s also take a moment to remember that the last manager the Phillies jettisoned for not being good enough (Gabe Kapler) now manages the San Francisco Giants—you know, the team that took the NL West title last season and won 107 games. He was clearly incompetent.

…Or maybe, just maybe, while spending money is good, spending foolishly does not translate to more wins no matter who happens to be the manager.