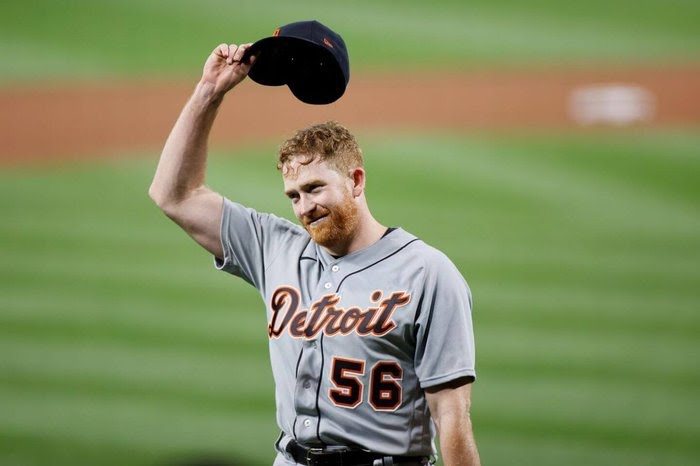 If you’re wondering just how many no-hitters there will be this year, you are not alone. The Tigers’ Spencer Turnbull threw the 5the official one of the year yesterday. There’s actually been 6, but MLB illogically does not count Madison Bumgarner’s because it was only seven innings in a scheduled seven inning game (MLB does count it as a complete game).
Turnbull threw 117 pitches, struck out 9, and walked 2. Two seasons ago he led the majors in losses, but he was in control of the Mariners all night. It’s also the second time this month the victim of a no-hitter was the Mariners. Turnbull’s best buddy last night was Jeimer Candelario, who gave him all the run support he needed with a homer in the first then made a spectacular play on a grounder down the third base line/threw the runner out at first in the seventh inning.