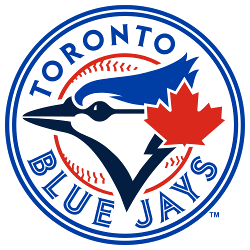 February 18, 2021 Author by raysfan1Posted in Baseball

…at least until May. They’ve announced their first two home stands will be played at their spring training facility. TD Stadium underwent renovations that just finished last spring. The ballpark can accommodate up to 8500 fans (was 5500 before the upgrades), so will likely be allowed 2,000-3,000 fans at games, I’m guessing. Looking at aerial photos, it also doesn’t look like there’s much space for temporary seating. Last year they played at their AAA field in Buffalo, but with the idea that the minor league season is on this year, that becomes more problematic. They also had to erect temporary clubhouse and training facilities there to be at MLB level and enable social distancing. That’s not a problem in Dunedin. I’m going to place my chips on betting the Jays will have to utilize Dunedin well into the summer as I don’t think the pandemic will abate enough for Canada to ease travel restrictions enough to enable the Jays to return to playing at the Rogers Center until (maybe) July or August. Home games for the Jays in 100 degrees, 90+% humidity, and near-daily thunderstorms starting in June. Should be interesting.