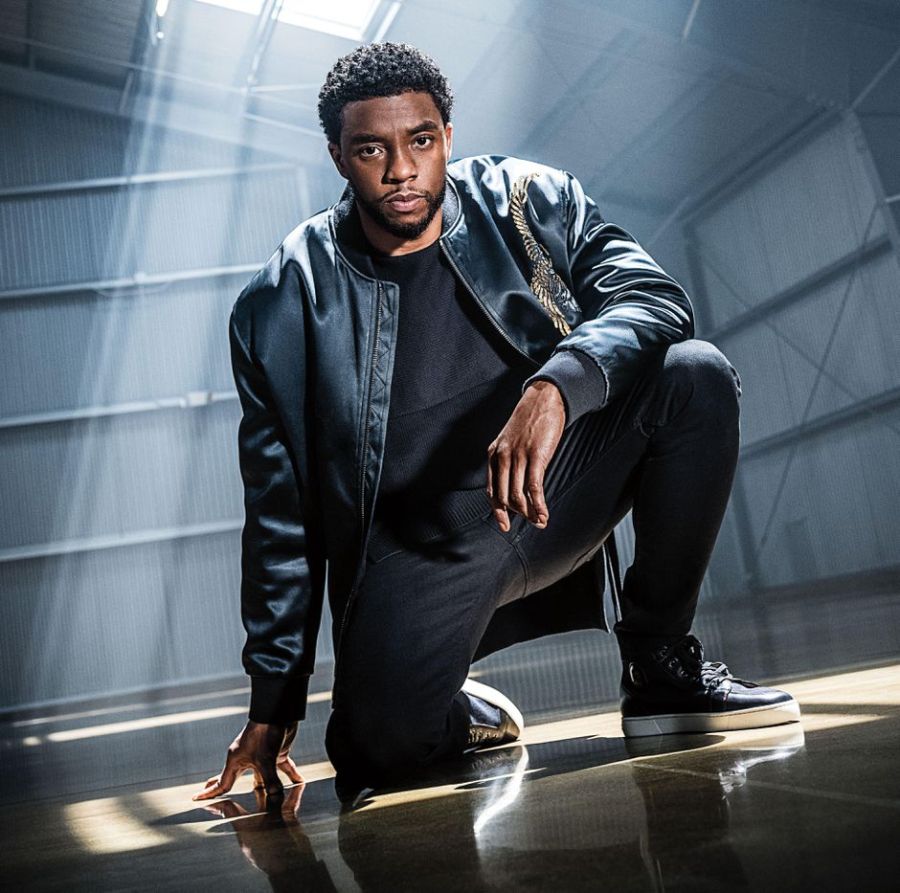 Prof: I need to apologize for my inconsistent posting lately. Since the end of April I have had a lot of things happening. Most of it is extremely good, but it’s a lot going on at one time. Thursday I had a lease signing on an apartment, and something else afterwards (which I’ll discuss some other time). This new job pays a lot more, but it’s sadly unfulfilling. I know I just started and I’m going to try to stay positive, but I just don’t know if this place is the right place for me. Anyway, on Thursday after all of this excitement plus the extreme boredom of my job, when I finally got home I just crashed. I feel bad about it.

I also should mention the passing of Chadwick Boseman, who played Jackie Robinson in “42”. Mr. Boseman was an extremely talented actor and I was a fan. Not only was he one of the best MCU characters, but he also played American luminaries such as James Brown and Thurgood Marshall. I can’t imagine anyone else who could have brought Jackie back to life on the big screen. The world will be a poorer place now.

Braves 12, Phillies 10 – Scouts: What an absolute wild ride this game was.  The Braves put up 10 runs in the second inning and still the Phillies clawed back and made it a very respectable game.  Jake Arrieta lasted just 1.1 innings giving up 7 runs on three hits, walking three and striking out no one.  Tommy Milone didn’t fare much better allowing 7 runs on 8 hits in just 2.1 innings.  Big oof.

Mets 7, Yankees 8 F/8 (Game 1) – Scouts: The Mets sure Metted this game.  Up 7-1 in the 7th, they let the Yankees come storming back to tie it up and send it to extras thanks to a Wild Pitch and a two run homer by Aaron Hicks.  Then Gio Urshela singled in Mike Tauchman to walk it off in the 8th.

Yankees 5, Mets 2 F/8 (Game 2) – Scouts: I’m not sure if it counts as a double header when the Mets who were the visiting team in game 1 became the home team in game 2, but either way it finished the same.  Epic meltdown from the Mets bullpen.  Game tied going into extras, and Gary Sanchez launched a grand slam into left and the Mets have gone full Met.

Padres 13, Rockies 2 – Prof: The Padres are in it to win it, fam. Making all sorts of moves on the trading block, San Diego is basically trying to Transformer themselves into a super team. Last night, they didn’t even need it. Let’s start with pitcher Chris Paddack. The Sheriff was back in town, going six innings with no earned runs and eight strikeouts. On the offensive end, Eric Hosmer got the party started by hitting a three run homer in the first inning. More dingers supplied by Jake Cronenworth, Jurickson Profar, Trent Grisham, and Josh Naylor.

Giants 4, Diamondbacks 1 – Scouts: San Fran rallied in the 8th thanks to Alex Dickerson’s second RBI of the game and Evan Longoria’s two RBI single.  At 17-19 the Giants are expected to be big movers and shakers before the Monday Trade deadline.

Mariners 2, Angels 1 F/10 – Prof: Mike Trout and Anthony Rendon were hitless, when they weren’t being walked. See, this is why the Angels can’t fly; they have these guys who are generally good at the plate but surround them with people that put the fear of God into no one. And it’s impossible to expect Rendon and Trout to always have a great day, they are human after all. It’s just sad, that’s all. Oh, and a pinch hitter you’ve never heard of  – Tim Lopes – won the game for Seattle.

Cubs 10, Reds 1 – Prof: So nice, they had to do it twice. Yes, Baby Babe Ruth Schwarbs, Ian Happ, and former Braves great Jason Heyward all hit multiple home runs in this absolute demolition of Cincinnati. Schwarbs had even more fun with a grand slam in the ninth. The lone Reds run was a solo shot from The World’s Sassiest Canadian.

Rays 12, Marlins 7 – Scouts: Tampa’s having quite the good time.  They won their 5th in a row, hold a 3.5 game lead in the division over the Yankees, and have the second best record in the league behind the Juggernaut LA Dodgers.

Nationals 5, Red Sox 9 – Scouts: Way to make the Red Sox look halfway competent Washington Nationals.  Washington has now lost 7 of their last 10 and fallen to 12-19.  After the trade of Mitch Moreland to San Diego, Boston called up Bobby Dalbec, their 3rd ranked prospect who had to race to the ballpark from their Road Island facility to get to the game.  And to celebrate, he homered in his first major league at bat, part of a day he will absolutely never forget.

Pirates 5, Brewers 1 – Prof: When you try your best but you don’t succeeeeeeeed…. That was Brandon Woodruff last night. Four earned runs, but seven strikeouts. Here’s another song for you, Brewers: When you’re hot, you’re hot, and when you’re not, you’re not. For Pittsburgh, Josh Bell and Gregory Polanco both mashed taters.

Spiders 2, Cardinals 7 – Prof: First let’s start with the Magical Land of Cleve. Rumor has it that Mike Clevinger is being traded soon, and the two teams being mentioned the most are Atlanta and San Diego. Man, remind me to never tick off the Tribe, they go knives out. Now, let’s talk about the really cool thing. Adam Wainwright’s birthday was Sunday and he turned 39 years old. He also pitched a complete game gem, only allowing two runs and striking out nine Spiders. Waino will always be a favorite of mine, so I’m extremely happy for him. Dexter Fowler helped his ace out by going 2-3 with 3 RBI including a solo home run.

Dodgers 7, Rangers 2 – Prof: The Dodgers are wild, y’all. 26-10 record, and they keep on shoving. Los Angeles set the National League record for home runs in a month and we still have a few days to go. The way that Bellinger, Betts, and Seager are mashing, I don’t think they’ve stopped hitting dingers. For example, Seager had a solo homer, and Bellinger had a two run shot. Mookie Betts went 2-3 with 2 RBI.

Orioles 5, Blue Jays 6 – Scouts: Baltimore is riding a tough 5 game losing streak in which 4 of those losses have come by 2 or fewer runs.  This one was one of the most crushing, getting walked off by a Teoscar Hernandez single the day after trading away stud reliever Mychal Givans to Colorado.  Top prospect Ryan Mountcastle picked up his first two career homers.