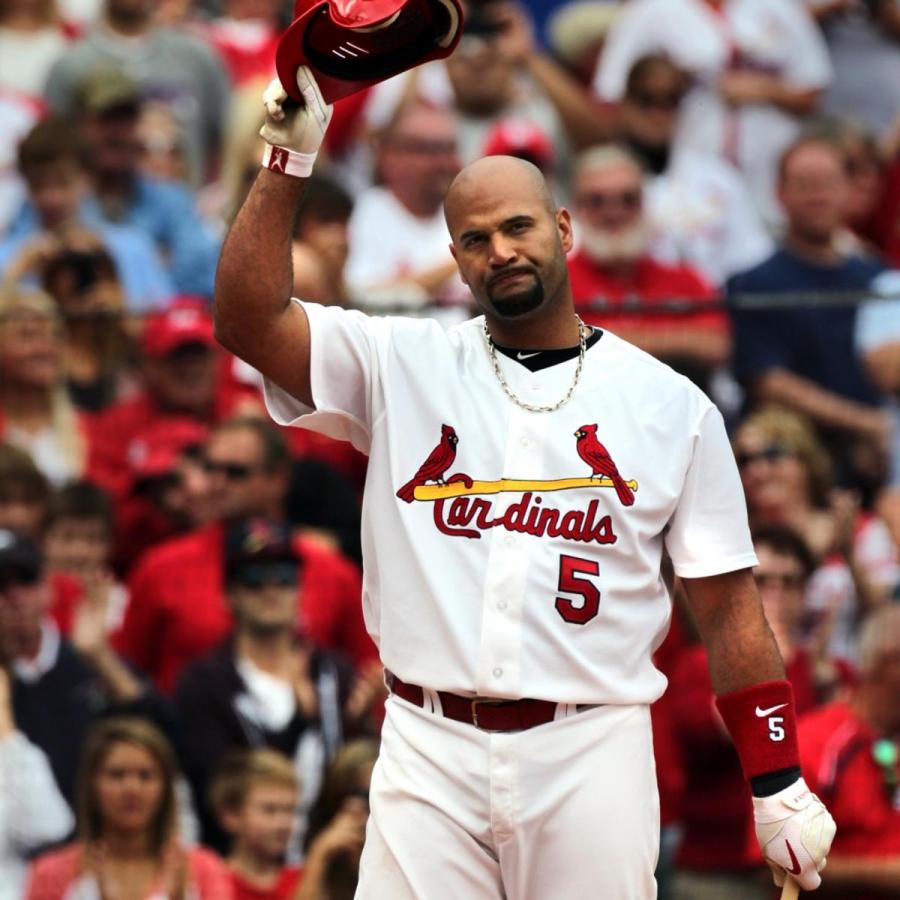 August 25, 2020 Author by raysfan1Posted in Baseball

In the 5th inning last night, Albert Pujols lined a single to left field to score Mike Trout.  It was RBI number 2087 for him.  The moved him out of a tie with Alex Rodriguez and officially into second by himself on the career RBI leader board.  I say officially because in reality Babe Ruth should be in second with 2214 RBI…except RBI was not an official stat until 1920, so 224 of his don’t technically count.  The record belongs to Hank Aaron with 2297.

We all know RBI depends on previous batters getting on base in order to be batted in and thus the stat does not reflect solely the skill of the batter.  However, 2087 is. a. lot.
I wrote in a comment just yesterday that Pujols should retire.  I stand by that.  He’s been a replacement-level player for 3-4 years now.  That, though, should in no way detract from his inner-circle Hall of Fame career.  So, congratulations to him, and let’s enjoy the milestones he achieves in the twilight of his time as a player.

Just to pound it home once more, this is a guy whose career achievements are putting him in company with Hank Aaron, Willie Mays, and Babe Ruth.  What a privilege it has been to have been able to watch him play.