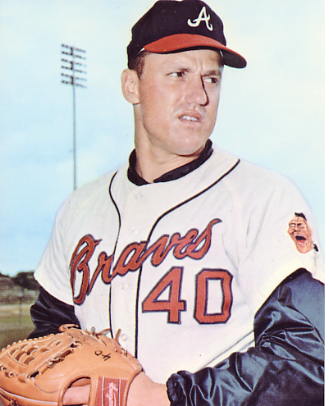 It wasn’t done by Hank Aaron.  …or Eddie Matthews.  …or Joe Torre.  …or Jeff Burroughs.  …or Dale Murphy.  …or Chipper Jones.

it was done by Tony Cloninger, a pitcher.  It’s also the MLB record for most RBI in a game by a pitcher.