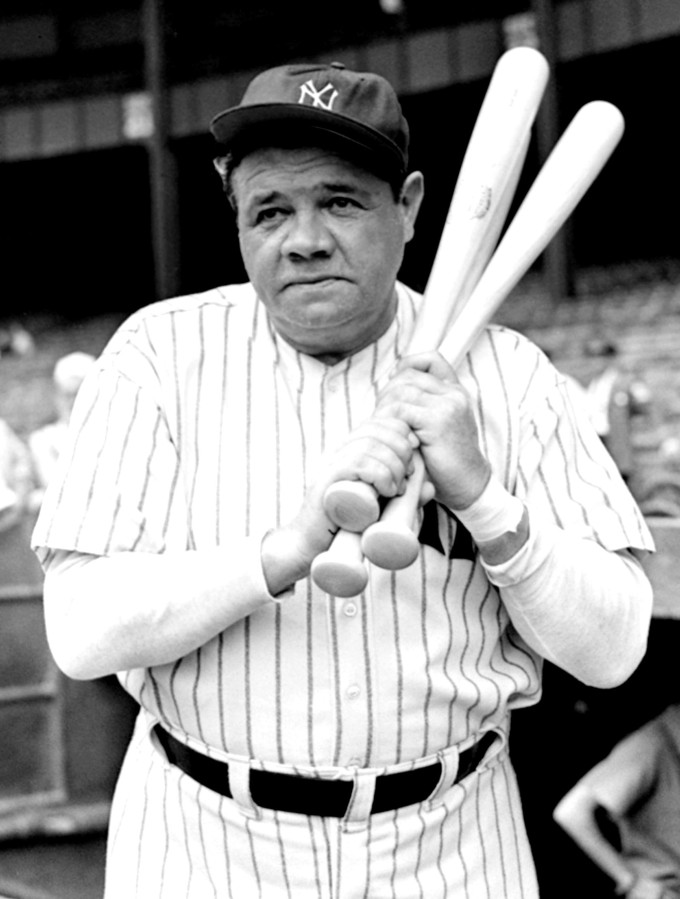 April 28, 2020 Author by raysfan1Posted in Baseball

It could have happened!

Anyone who ever watched the movie “The    Babe” knows Ruth wanted to be the manager…of the Yankees.  In a famous scene in the movie Col Rupert states Ruth can’t control himself and thus can’t be trusted to control a team…and offered him the skipper job at AAA Newark, which Ruth responds to as a hurtful insult.  This is followed by his wife telling Col Rupert off.  I liked the scene, but it’s somewhat apocryphal.  There was no way Rupert was going to replace Joe McCarthy as Yankees manager.  The Yankees had won the 1933 World Series.  The scene described above was after the 1934 season—the Yankees came in second that year but still won 91 games.
Rupert did apparently offered Ruth the Newark job though. Ruth was often quoted as never being given a chance to manage, but if he’d taken the Newark job and done well, there can be little doubt he’d have gotten a big league gig somewhere.  Also, his claim of never having had the chance is apocryphal, too, other than the unrealistic notion of replacing a highly successful Yankees manager who’s still being highly successful.

There had been rumors that he might get offered the Red Sox job or that he could buy into part ownership of the St Louis Browns (now Baltimore Orioles) when their owner died without a will—and be the club president…and then name himself manager if he so chose a la Connie Mack.  There was one situation that went beyond rumor, and that was with the Detroit Tigers.

The Tigers had become a perennial second division team  by the 1930’s.  They hadn’t been to the World Series since 1909.  Further, the Depression had hit them especially hard.  In 1933, Navin Field, which then could hold 30k fans averaged a bit over 4k/ home game.  The Tigers’ manager resigned at the end of 1933 creating an opening.  Frank Navin needed to find both someone who could build a winner and also attract fans to stay solvent.  He focused on Ruth.  He contacted Col Rupert and GM Ed Barrow, and had a deal to acquire Ruth…if Ruth would agree to a new contract.

Ruth was on his way to two weeks in Hawaii, for exhibitions and golf.  Navin tried to get him to come to Detroit to talk, but he wouldn’t due to the prior commitment.  Over the phone, he did give Navin his conditions for the job—a salary higher than what Navin wanted to pay, and also a cut of the gate receipts.  That was a deal breaker.  Navin instead purchased the contract of Mickey Cochrane from Connie Mack/the cash strapped Philadelphia A’s and made him player-manager.  Cochrane made the AL All Star team in 1934 and 1935, and led the Tigers to the 1934 AL pennant and 1935 World Series title.

Again, Ruth in his retirement years insisted he had never been offered a major league managerial gig…but Navin wasn’t inviting him to Detroit to talk about Henry Ford’s new Model A.
Between that and the snubbed Newark gig, he really only had himself to blame for never being a manager.