April 26, 2020 Author by professormaddog31Posted in Baseball

Awards season has gotten stale. We know that most people will continue to vote for the same folks over and over. Now, granted, a lot of the votes are justified – for example, a vote for Mike Trout is practically a necessity at this stage of the game – but there’s no imagination. I’m here to change that.

I’m proposing some new awards. I’ll need your help in figuring out some nominees for some of these, which is where the FI Fam comes in. Leave some ideas in the comments. Let’s get started! 🙂

The Jamie Moyer Memorial Old Guy Getting It Done Award – Jamie Moyer is the oldest starting pitcher to get a win in baseball history. He played for roughly five million years and it only takes four degrees of separation from him to Babe Ruth. I applaud old guys getting it done; in fact it’s one of my most favorite tropes in sports, period. Old quarterbacks, old baseball players, old Olympic skiers, old NASCAR drivers, I just like it when someone long in the tooth – athletic wise – accomplishes something awesome. Jamie Moyer is the epitome of that in baseball. 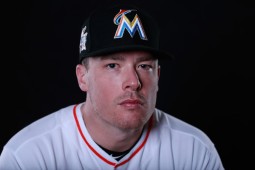 The Thicc Boi Award – In today’s internet speak, a “thicc boi” is what you might think it is; a sturdy, attractive young man. Sometimes they are well built, sometimes they just have large extremities. I myself like a thick dude, someone with a bit of meat on the bones. They don’t have to be extremely muscular; a guy like Anthony Rizzo, Pete Alonso, or Mike Trout who is masculine and, well, sturdy, is my type of dude. You guys know that my Thicc Boi of choice used to be the Big Buckin’ Chicken himself, Justin Bour, so it’s back to the drawing board. Help a sister out here. 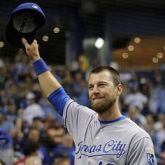 The Player Most Likely to Zobrist You Award – Ben Zobrist is the greatest utility player of my or any generation. Let’s be honest here. He might not be the Nesquik in the milk, but he was the spoon that stirred it together. The Royals and the Cubs might agree with me. What made Ben Zobrist so great was that he was willing and able to play just about any position you asked him to, and usually did a pretty good job at it. Utility players really aren’t much of a thing anymore, but surely we’ve got some ideas.

The Mike Mussina “Get Off My Lawn” Award – Moose was a notorious competitor and could put the fear of God into his own manager. If he wasn’t ready to go, he would make sure you knew it. A well placed snarl was all he needed to give, but even so, sometimes there was a yell towards the dugout to let the manager or pitching coach know that he had it, he was going to finish it, and don’t you freaking dare taking him out. Now I’m thinking that the unanimous winner should be Max Scherzer for this prestigious honor, but I’d like some other nominees.