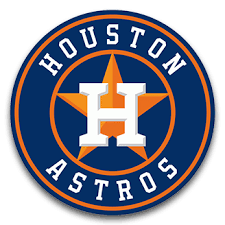 February 28, 2020 Author by raysfan1Posted in Baseball

The saga of the Astros in the aftermath of their cheating scandal continues to dominate spring training coverage.  Naturally, they are getting booed and heckled lustily everywhere they go.  Just as naturally, they are claiming to tune it out.

There are websites/Twitter sites devoted to counting how many times Astros get plunked.  Columnists have claimed they are getting plunked in payback for their misdeeds.  There are problems with this narrative.  One, among the seven Astros hsving been plunked are ones who were not on the team in 2017.  Why bean someone who obviously wasn’t part of the scandal?  Jose Altuve has only been hit once—his foot got grazed.  That clearly wasn’t intentional. The Astros are not leading MLB in plunkings at 7. The Cardinals are at 8.  Is everyone mad at the Redbirds for reasons of which I am not aware?  Just behind the Astros are the Tigers at 6.  Who the heck would be targeting a team that lost 114 games last year.  Sorry, so far the narrative that the Astros are being zeroed in on for revenge by opposing pitchers just doesn’t hold water.

Much better: George Springer stepped into the batters box a minute early for the start of a game against the Mets, at 1:09.  Noah Syndergaard waited three full minute until the official 1:10 start time to throw the first pitch.  He stood there as the very loud boos rained down on Springer.  There was no tuning that out as there was no pitch to prep for. There was no stepping back out of the box as Syndergaard did not step off the rubber.  There was just standing there and taking the derision. Well played, Thor.

2 thoughts on “Astros Reactions From the Ridiculous to the Sublime”