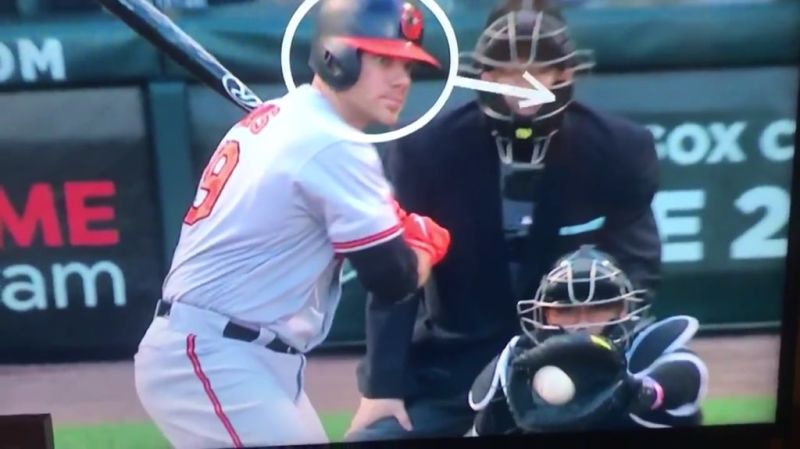 August 8, 2019 Author by professormaddog31Posted in Baseball

Scouts: Things have certainly hit the lowest possible point in Baltimore last night, when Chris Davis, site mascot attempted to take the head off of his own manager.  Like most things these days he missed and was left standing there wondering what happened to him.  I just can’t even at this point.  There are no words.

Brewers 8, Pirates 3 – Prof: Yelich was off again last night, resting his back, so he’s stuck at 39 dingers. Keston Hiura decided to pick up the slack for his buddy, though, and launched two of his own at PNC Park. The Brewer rookie went 3-4 with 3 RBI.

Yankees 14, Orioles 2 – Prof: Ho hum, Yankees destroyed Baltimore once again. Who cares about this game? The big story was the fact that there was a dust up in the Orioles dugout and it was between manager Brandon Hyde and the sad shell of a baseball player, Chris Davis. Hyde basically razzed him for striking out, because that’s what Davis does, and then Davis went wild and tried to beat his ass. The erstwhile first baseman-DH was held back by none other than perpetually injured Mark Trumbo.

Here's what the MASN cameras caught of the Chris Davis-Brandon Hyde interaction:

Appears Hyde said something Davis didn't appreciate, then Davis had to be held back by hitting coach Don Long and Mark Trumbo. pic.twitter.com/4GTaePor2Y

Marlins 2, Mets 7 – Prof: I would like to take this opportunity to give credit to the Mets. Now, I know that they have been playing abysmal teams during this outrageous winning streak, but they also have to play smart and play hard in order to get wins. I mean, look at our recent scores, where the vastly superior Twins and Red Sox are losing to the Royals, or the Astros losing to anyone. It takes a team confident in themselves to win, and the Mets are feeling themselves right now. So I’m going to give them props, because a 13 out of 14 (or whatever it is now) win streak is impressive, I don’t care if they were playing against the Madison Mallards. That being said, it helps that Michael Conforto hit two home runs and Super Rookie Pete Alonso continues to dominate (he now has 37 homers for the season). Jeff McNeil got in on the action as well.

Royals 4, Red Sox 4 – Scouts: The Sox had a lead, which they blew, and as a result, it started raining in the 10th and now the game will be completed on the 22nd, which means the Sox lose a day off as a result.  Nathan Eovaldi is not the most popular person in the clubhouse right now.

White Sox 8, Tigers 1 – Prof: When I was compiling the info for this game, I saw a headline that read “Nova pitches eight scoreless innings” and in my exhaustion, I thought it said “Nova pitches senseless innings”. Looking at this game’s stats, a lot of things don’t make sense at all. Ivan Nova did indeed go eight innings, and they were scoreless. But he only struck out one Tiger the whole time. Riddle me that. Tim Anderson went 4-4, Jose Abreu went 3-5 with 2 RBI, and James McCann went 3-5 with three ribbies in victory.

Rangers 0, Spiders 2 (Game 1) – Scouts: Jose Ramirez broke this one open in the 7th with a two run shot, marking the first runs the Spiders have scored in 15 consecutive innings.

Rangers 1, Spiders 5 (Game 2) – Scouts: Now that the funk is snapped, the Spiders pick up the double header sweep.  This one came thanks to a Carlos Santana double, a Yasiel Puig single, and a Jason Kipnis double in the 8th.

Blue Jays 4, Rays 3 – Scouts: Tampa scored on in the 8th and two in the 9th, but was unable to over come a trio of homers by Lourdes Gurriel Jr, Randal Grichuk, and Derek Fisher.

Braves 11, Twins 7 – Prof: No, your eyes do not deceive you. This was an almost carbon copy of the score from yesterday! Ozzie Albies, Ronald Acuna Jr. and Freddie Freeman all went yard. Ozzie went deep twice! Young Max Fried – my very favorite of the baby Braves pitching staff – had yet another impressive outing, going five 1/3 innings, striking out ten. He is as talented as he is beautiful. I’m going deep cut for a second and tell y’all that Max reminds me of Steve Avery and has for several years now. I remember people were (rightfully) talking up Soroka and Ian Anderson, and I agree, they are fantastic. But Fried was my dude, and I’m so glad that he is showing that electric stuff that I noticed when he was but a wee lad.

Rockies 3, Astros 14 – Prof: Yuli Gurriel! God in heaven, the Rockies had families, sir! The Houston first baseman had eight – EIGHT! – RBI. Alex Bregman had three of his own. Gerrit Cole went six innings and struck out ten, but he could have gone three and struck out zero because EIGHT RBI.

Athletics 1, Cubs 10 – Scouts: Did you know it’s been two seasons since Ian Happ started at second for the Cubs?  Neither did I.  He took advantage of the opportunity with a grand slam in the 4th that pretty much ended this one.  Kyle Schwarber and Victor Caratini also homered for the Cubs.

Cardinals 1, Dodgers 2 – Prof: Russell Martin, everybody. The catcher was the hero of the day. Let’s talk a little about Martin, shall we? He started his career in LA in 2006, was a four time All Star and has a career batting average of .241. He has bounced around the league a bit – short stints in New York and Pittsburgh before a long, fruitful stretch in Toronto – but he’s back home in Dodger Blue now. Anyway, Martin had the walk-off to beat the Redbirds. I have a feeling that they might meet again, a little later in the season, if you know what I mean. (Devil Magic 2019)

Nationals 4, Giants 1 – Scouts: Have the Giant’s recent win streak finally come to a close?  With the loss to the Nats, the Giants have now lost 5 of their last 6 and 8 of their last 12.  Joe Ross held the Giants to 3 hits over 6 innings.

Phillies 1, Diamondbacks 6 – Scouts: Philly continues to see their season slip away, losing another important game to Arizona.  Zac Gallen made his D-Back debut, allowing just a single hit over 5 strong innings.  The bullpen was able to pick things up from there.