Scouts:  Another weekend of rain in the Maryland area, and I’ve nearly forgotten what Summer was supposed to be like.  Not that I’m complaining.  It was a perfect weekend to rest, recover, and catch up on some movies and TV shows while listening to the rain in the background.  The MLB draft begins tonight, and while it’s not as popular as the NFL or NBA drafts, it still may help shape the future of baseball as we know it.  This year doesn’t seem to have any of the high profile, Bryce Harper type prospects, but there still is a lot of room to find a star.  Will you be watching the draft, or will you just wait a day or two for some sports writer to update you on who your team took?  Prof has most of the day off, although she still couldn’t help but jump in on one game.

Blue Jays 8, Tigers 4 – Scouts: The Blue Jays have been in a big time slump lately, and after a very promising start have dropped to 6 games below .500.  Aaron Sanchez hopes to have begun a reversal of fortunes for the Jays, allowing just 1 run over 6 strong innings, and buying time for the Jay’s offense to wake up and do some damage.  All 12 runs in this game came in the 6th through 8th innings.

Nationals 2, Braves 4 – Scouts: The Braves keep on keeping on, this time it’s a pinch-hit, walk-off home-run by Charlie Culberson.  Culberson hit his homer off starting pitcher Tanner Roark who was called in to pitch the 9th after Nats lost starter Jeremy Hellickson in the first inning and ran out of bullpen pitcher.

Spiders 5, Twins 7 – Scouts: Another walk-off, this one by Eddie Rosario who managed his third homer of the day.  Seriously, at what point do you just walk a guy?

Brewers 1, White Sox 6 – Scouts: Oh Milwaukee.  How do you lose a series to the worst team in the league not from Baltimore?  Daniel Palka and Adam Engel went back to back in the 6th.

Pirates 0, Cardinals 5 – Scouts: The No-No watch was in full force for Michael Wacha who had his date with destiny end on a single in the 9th by Colin Moran.  Marcell Ozuna smoked a grand slam in the first as Pittsburgh dropped their third game in the four game set.

Athletics 5, Royals 1 – Scouts: A fourth time was a charm for the Athletics, who were shut down by Jakob Junis the first three times through the order.  But that last trip it all came unraveled for the Royals.  The final blow was a three-run homer by Matt Olson, his 4th in as many games.

Dodgers 10, Rockies 7 – Scouts: Just one game separates the Dodgers and the Rockies following a three-run rally in the 9th, completing the Dodger’s first series sweep in Coors since 2010.

Phillies 1, Giants 6 – Scouts: Andrew McCtuchen hit a three-run homer and Dereck Rodriguez held the Phillies to 1 run over 6 innings to pick up a win in his first professional start.

Rangers 1, Angels 3 – Scouts: Tyler Skaggs threw 6 shutout innings as the Angels completed a series win over the Rangers.  Skaggs allowed just 4 his and three walks, while picking up 6 strike outs.

Marlins 1, Diamondbacks 6 – Scouts: Thanks in part to the Rockies getting swept by the Dodgers, and completing their own sweep of the Marlins the D-Backs now sit 1.5 games in the lead in the NL West.

Rays 1, Mariners 2 – Scouts: King Felix hasn’t been King for a long time, but he showed a little of what made him so dominant for so many seasons on Sunday.  Felix went 8 innings, holding the Rays to 5 hits and 1 run, while picking up 7 strike outs and giving the Marines a chance at a late game rally.  Denart Span tied the game with a single in the 8th, and Dee Gordon followed up with a game-winning bloop shortly after, putting the Mariners all alone in first place.

Reds 3, Padres 6 – Scouts: Hunter Renfroe hit a pinch-hit grand-slam in the 5th inning for the Padres.

Red Sox 9, Astros 3 – Scouts: Boston finally got to Charlie Morton, who suffered his first loss due in part to homers by Mitch Moreland and Andrew Benintendi. 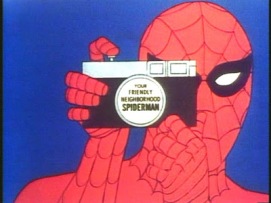 Cubs 2, Mets 0 – Prof: Your friendly neighborhood Prof sneaking in for one score here, and this is a good one. I am no fan of the Mets, y’all know this. However, I’m getting to the point that I feel really awful for this team. There are plenty of teams that stink and are just straight up awful (hi, Miami) and plenty of teams that have been built to fail (hi, Reds). But the Mets? They weren’t supposed to be this bad. I particularly feel bad for young Steven Matz, the loser in yesterday’s match. He gets the loss, but in all honesty he actually pitched really well. He matched up almost exactly with Jon Lester with the exception of the two allowed runs. And if the Mets’ offense wasn’t dipping into the No-Doze, those two runs might not have mattered. As a result, Mr. Matz is saddled with an unfair L and the Mets skulk off into the Gotham alleyways while the Cubs keep rolling along. And how did the Cubs get the to fly the W in the first place? Well, Javy Baez stole home, for one. Then Ben Zobrist hit a sac fly to drive in a run, and that’s all she wrote.