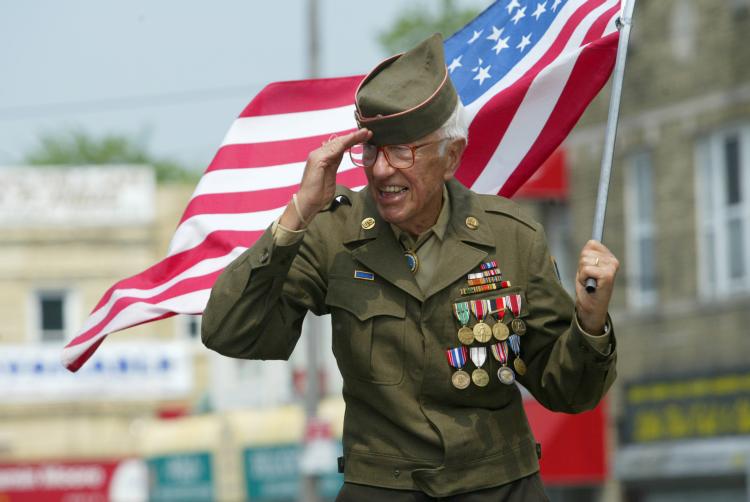 May 26, 2018 Author by happytwinsfanPosted in Baseball

A Memorial Day Weekend tribute – To my father

And his best friend

January 1942, my dad and his brother enlisted in the United States Marine Corp. He was 19 at the time (what the fuck were you doing when you were 19). He went on to become a Sargent and was at both Iowa Jima and Okinawa. He never talked about it until shortly before his death in 2003. There were no attempts to regale and impress his four sons with tales of what their daddy did in the war. I guess he thought there were better things to talk about than the horrors of war.

The experience left him with some strong feelings.

After Jane Fonda went to Hanoi when there were around half a million young Americans much like him 20 years before fighting and dying in Vietnam he told me and my brothers that if he ever found himself on a flight with Jane Fonda (his job required him to fly a lot) he would take one of the little plastic butter knives and drive it through her throat. I don’t know if he really meant it but I bet he knew how. He also told us that Lt. Calley of My Lai Massacre infamy was nothing more than a worthless little punk trying to be the big shot and that he had seen it before. He regarded the overwhelming public support for Calley as elementary school playground patriotism by those who had no idea of the real nature of war.

My dad kept a day to day diary while on Okinawa that our mom knew about but which me and none of my three brothers were allowed to see until a year or two before his death. It gushes love on every page for my eldest brother, the only one of us born before April 1945. There’s a strange two week gap in it. The diary resumes with a ‘um I’ve been sort of busy’ type excuse. My dad wrote from the heart but not so much from the head. After he died our mom spilled the beans on what happened.

I think his name was Terry McAuliffe, but I ain’t sure. I think he was from I-O-WA, but I ain’t sure. But I do suppose with confidence that he was close to the age of my daddy which was then 22 (what the fuck were you doing when you were 22). He did not live long enough to father a family, but in a way he fathered mine.

My dad was supposed to be part of a patrol going from the front lines to the back lines and back – re supply I suppose. For some reason unclear he couldn’t. Okinawa was by then a small pacific island with around one hundred thousand unburied dead human bodies decaying on it. My conjecture is that my dad had the trots. His best friend then told him ‘John (I am sure of his name) you just lie low and I’ll take this patrol for you. See you in a few days’. The patrol was ambushed by the Japanese and everyone was killed.

I can tell you from the retrospect gifted by my mother, having been brought up by him, that this broke my dad’s fucking heart and a price was paid, not just by him, but by every life touched and created.