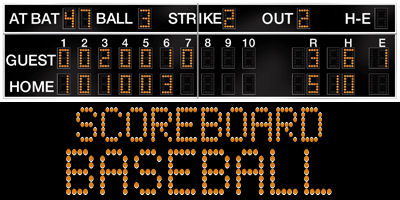 May 18, 2018 Author by scoutsaysweitersisabustPosted in Baseball, Daily Recap

Dodgers 7, Marlins 0 – Prof: The Dodgers pumped the breaks on the fail bus and was able to snap their six game skid. Justin Turner (AKA JT The Red Panda) had five RBI and Kenta Maeda (along with Kenley Jansen) were able to shutout Miami.

Tigers 3, Mariners 2  – Scouts: Seattle blew it in the 8th allowing Matthew Boyd a happy return home and Jose Iglesias to show up as a late game hero with a bases-loaded single to take the lead and Histo’s heart.  Sorry Mr. Histo, honeymoons over brother.

Athletics 10, Blue Jays 5 – Prof: Fun fact – the A’s and the Jays now have identical records – 22-22! That’s some synchronicity. Now, back to the actual game. Rough days for non-Food Network Aaron Sanchez, who is pitching like he might actually BE the Food Network chef. Sanchez only went four innings and gave up four earned runs (but he did have eight strikeouts). It all started falling apart top of the third, when Jed Lowrie hit an RBI double, then Khris Davis went yard ,bringing Lowrie home. Davis had a perfect day at the plate, going 4-4.

Padres 4, Pirates 5 – Scouts: Pittsburgh just keeps on winning and winning.  They aren’t supposed to be this good. And yet they are.  Or are they?  Or are we all just dust in the wind?

Orioles 2, Red Sox 6 – Prof: David Price was sooooo close to a Maddux. Alas, Manny Machado wasn’t having it and hit a two run homer, but it was too little too late for a lackluster Baltimore team that has been limping around the country and pulled their broken down wagon into Boston. Kevin Gausman got lit up in four and 2/3 innings, giving up all six of Boston’s runs.

Phillies 6, Cardinals 2 – Prof: A few days ago, Philadelphia revealed that Vince Velasquez underwent surgery for thoracic outlet syndrome (fancy way of saying your nerves are compressed by your collarbone and first rib, causing numbness) during the offseason. You might remember that one of my enemies, M-tt H-rv-y, also had this disorder, and had some lingering problems. So far, Velasquez doesn’t seem to be phased. The Phillies pitcher went deep into the seventh, pitching a shutout and racking up five strikeouts.

Rangers 2, White Sox 4  – Scouts: James Shields was pitching pretty good, but wasn’t getting any support, that is until he left the ball game.  Then the Sox busted out for 4 in the 8th handing the Rangers a Cold Stone Stunner.  The Sox scored all four of their runs during a two-out rally that fueled by walks and errors and at least one White Sox fan that really needs to settle down.

Rays 7, Angels 1 – Scouts:  Chris Archer has run the full gambit this season.  He’s at times looked absolutely dominant, and been absolutely rocked. last-night was his best game on the season throwing a 6.2 inning shutout and giving up just a pair of hits.