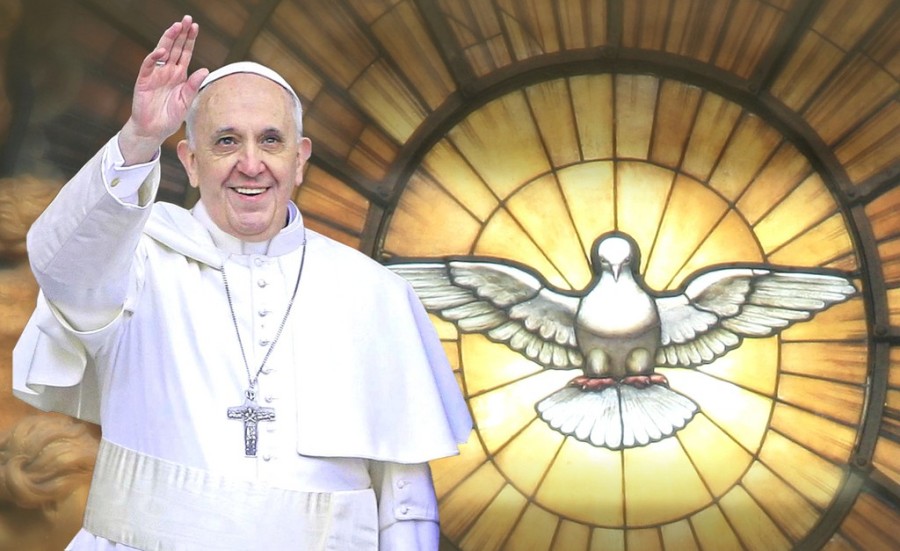 The Holy Father made beeeg news today when a ninety year old atheist who happens to edit an independent newspaper in Rome claimed that the Pontiff had rejected the idea of hell during a recent interview. Predictably, all hell broke loose.

You could choose to believe or not believe the Pope made those comments, but it’s clear that neither he nor the journalist in question asked any Feesh fans whether they believe in hell or not. After opening day pitcher Jose Urena coughed up a gopher on his very first pitch of the season to Cubs outfielder Ian Happ en route to an overall 8-4 drubbing by the Northsiders, while the former Feesh icon Iron Giant was feeling his Borg oats by crushing a pair of tape measure shots, doubling and driving in four runs orf A J Happ  for his new team, he might have gotten a different answer from any Feesh fan. Yes, it was a Happening afternoon for present and former Piscids.

In Marlowe’s Dr. Faustus, the eponymous Happ-less alchemist, when confronted by the devil for the first time, asks him, hey, what are you doing out of hell? To which Mephistophiles responds “Why, this is hell, nor am I out of it.” Just so. PerHapps there is a hell. PerHapps there isn’t. But I suspect most Feesh fans hope there is one, so Derek Jeter will have a place to rot.

4 thoughts on “Think There’s No Hell? Ask a Feesh Fan”