What follows is a completely unsolicited endorsement. You all know how I hate capitalism.

I am always loathe to add myself to a fifty-plus-post thread, fearing I’ll wind up lost in the crowd like that cockeyed optimist of a penguin in Gary Larson’s immortal cartoon: 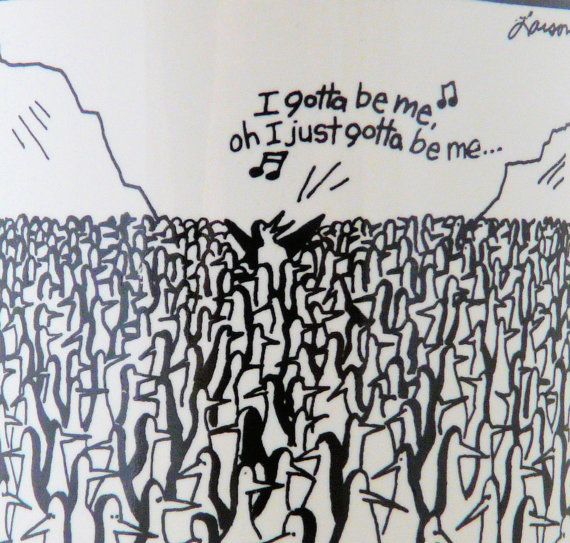 However, I do have some news for you all in the wake of Prof’s paen to self-abusive dining. A few weeks ago I accidentally clicked one of those annoying internet ads that say things like “throw away your probiotics now!” or “this vegetable is out to kill you” or “this woman transformed her gut just by doing this!” (no, sleeping with Hair Hitler wasn’t the solution).  I think the Ancient Old Ones must have tired of letting me invoke their names in vain and Yog-Sothoth guided my hand.

The first few seconds of the resultant video hooked me. It was Dr. Steven Gundry, one of the top thoracic surgeons and cardiologists in the world (I checked him out later – he’s the real deal), talking – and making incredible sense – about how toxic chemicals in vegetables, tofu, cereal and some cooking oils begin to poison us slowly from an early age and how we pay the price for it when we’re…uh…my age, or thereabouts, after our systems have been sufficiently degraded by all the shit we eat. It’s worse than you think, and was surely worse than I  thought.

I had been avoiding stuff like white bread, white potatoes and refined pasta for years anyway, but Gundry points out that carbs are the least of their problems. The real problems with grains and especially wheat, for example, are toxins common to many plants called lectins. WgA, or wheat germ agglutinin,  is one of the most ubiquitous plant compounds in our food and it is monstrously toxic. The trade-off for eating “high fiber” whole wheat is ingesting this shit.  And of course, I had switched to whole wheat years ago. I felt like I had voted for Trump in my sleep.

So as I usually do when confronted with a new horizon I started doing some research. Yeah, the evidence for the widespread destructive effects of WgA, and other toxins in grains and many fruits and vegetables,  has been there not just for years but for centuries. Our ancestors were a lot smarter than us. When something they ate made them sick, they stopped eating it. Duh-uhhh.

Example: about as soon as tomatoes (members of the nightshade family of plants) arrived from the New World in the sixteenth century, Italians figured out that something in the skin and seeds of the fruit were poisonous and they always blanched them in boiling water to remove the skins, then split them open and wiped the seeds out, using only the pulp. Ditto for the much-healthier-than-we-are Chinese and Japanese figuring out how to grind the husks off their rice. They would no sooner eat brown rice than take a fecal enema orally.

So okay, I was convinced – a little. I ordered Gundry’s recent book, The Plant Paradox, and though skeptical – I’m skeptical about everything –  I began imposing his dietary restrictions on myself. And you know what? It works. Really well. 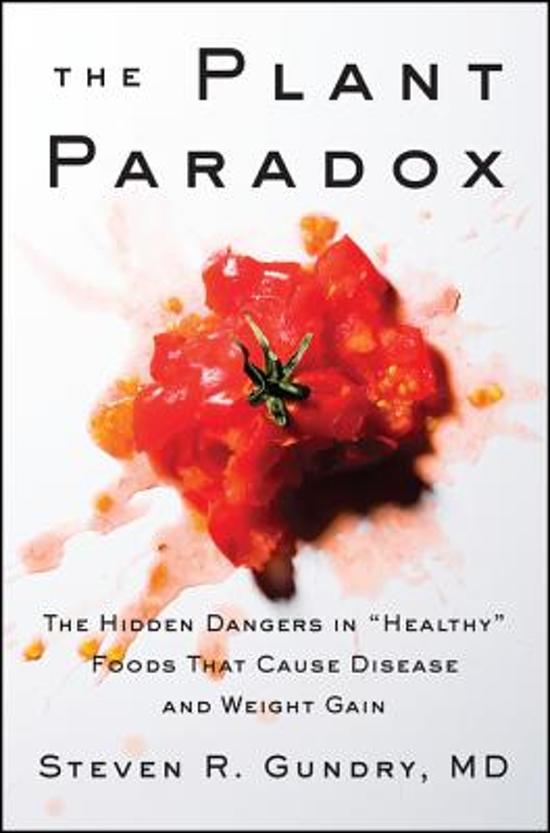 So for what it’s worth: among other immediate improvements, for years my diabetic bladder has awakened me two or three times a night. Guess what? Within less than a week I began sleeping through till sunrise, at least. Unless you’ve had your sleep disrupted for years you can’t imagine how great this is, especially considering there’s no CPAP for your weewee. And there have been other physical changes, not just feelgood placebo effects. Because many of them are alimentary issues I won’t ruin your appetites or aesthetic fields by recounting them here but when you live for years with metabolic inconveniences and they very quickly begin to disappear, well…

I’ve lost a couple of pounds too. And – get this – I am not hungry or thirsty all the time any more. I don’t see my endocrinologist for a couple more months but I will bet you anything this is evidence my blood sugar is already coming down.

The main changes in my diet included throwing out all cereals, including my beloved oatmeal; avoiding beans (there are some exceptions to this but you can dig into it on your own time), avoiding tomatoes and other nightshade vegetables like green peppers or eggplant, replacing dairy with only A2 milk products like French butter, switching to goat’s milk, coconut or goat’s milk yogurt, and upping my intake of green leafy vegetables and cruciferous veggies like broccoli, cauliflower and cabbage. Also, it required switching only to grass feed beef (I’m not a big meat eater anyway so this wasn’t hard), pastured (not “free range” – that’s a scam) chickens and wild caught fish.

The book explains in detail the research behind these reversals of conventional dietary wisdom. As a subscriber to JSTOR going back to my professorial days I was able to follow up many of the footnotes and references therein. It’s for real. Also, Gundy is a movie buff and quotes liberally from some of my favorite films, and he’s not reluctant to say “shit” when that’s what he’s talking about.

Dumping all bread and pasta wasn’t easy at first but there are almond flour and coconut flour faux breads with which I will be replacing them eventually. Things like Jerusalem artichoke noodles and pasta contain much friendlier starches than grain pasta and bread. Not a big deal. The book is full of great recipes, including marinades for that grass fed beef, wild caught feesh and pastured chicken. I will be passing them – experimented with and duly augmented – along to you as the season progresses.

I leave it to you guys to check into this at your own speed. Yes, GundryMD, his supplement manufacturer, is a business and yes, he’s out to make money (pretty funny for a ranking cardiologist and surgeon I admit but then the late Scarsdale Diet doctor Herman Tarnower was in the same situation).

Prof,  look into this. Please.

Best of all, pomegranates are still OK so my ritual of a breaking into my daily pomegranate during the World Series remains more or less intact.