Christmastime is here by golly / To deny it would be folly / Deck the halls with bolls of holly / Fill the cup and don’t say ‘when.’ / Kill the turkeys ducks and chickens / Mix the punch, drag out the Dickens / Even though the prospect sickens / Brother, here we go again.

While the rest of us were striving to put The Nazz back in Christmas, Something went down the other day while I was too immersed in holiday dinner prep to notice but it protracts the misery of this holiday season, a misery visited on the remnants of the Macondo Feesh fan  community   (who right now resemble setpieces from The Walking Dead) by the advent of carpetbaggers Sherman and Jeter and the extenuation of their private Igor, Mike Hill. ….inflicted a contentious interview on MLB’s commissioner and secret tobacco squirter (come on, you knew he had a reason for having his teeth done that way) Rob Manfred.:

Watch out, you there in the front row! Here’s the interview. LeBatard caught Manfred lying several times but, then, how hard is that?

MLB fired a stiff complaint at ESPN about their host’s “treatment” of the organizations’s Bullshit-Artist-in-Chief which doesn’t seem to have amounted to much. Here’s what’s funniest about LeBatard’s performance, though: for the better part of fourteen years LeBatard featured Scrooge McLoria’s Chihuahua on his local show and uncritically allowed him to vomit his doubletalk and condescension to the area fans about how he and his boss were misrunning the franchise and driving fans away like deer from a brushfire. Even so, it was fun to hear the Commish sweating out loud.

Other thing:  today’s Feeshwrapper subheadlined an article entitled “25 things you never knew about Derek Jeter, like “he had a 3.82 average in high school.” The article concludes with a photo of Jeter generously autographing a baseball for a little boy at the conclusion of the “town hall” meeting earlier this week where a crowd of angry ticket holders handed him his asterisk. How utterly hagiographic. I’ve never seen this writer’s byline in the Feeshwrapper before and the whole thing smells like a plant. Er, I mean, feesh. The charm offensive has begun! 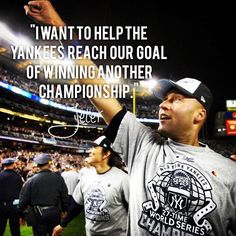 3 thoughts on “Yuletide is the Time for Charm Offensives: Jeter in Hell, Part II”