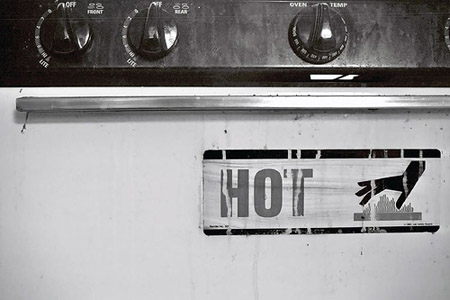 S/O to the OG himself for the Turkey Day post.

Now that Thanksgiving is over, and we’re heading into that time of the year when the Winter Meetings is almost upon us. This means that the Hot Stove will begin to heat up. Rumors will fly, players will learn of trades via Twitter, coaches will be let go and scooped up, and lots of questionable moves will be made, because that’s what baseball do (thanks forever Ron Washington).

There’s the usual suspects here – where is Giancarlo Stanton going since Jeets is so deadset on cutting costs off an already stingy payroll, will the Orioles decide to trade Zach Britton and what could they possibly get for him, is Chris Archer finally getting new threads, who is going to bite on new free agent Jake Arrieta, etc. Let’s look at some popular scenarios and what might bes, and start some Christmas Wish Lists in the comments.

Let’s start with a team that just got whammied pretty hard, my Atlanta Braves. The front office has a new, fresh coat of paint, having gotten rid of Coppy and John Hart. They brought in former Blue Jays’ executive Alex Anthopoulos, who is no stranger to some wild deals. The rumor I keep seeing is that AA will want to bring free agent Josh Donaldson to Braves Country. This could be genius, or it could come back to bite Atlanta right in the booty. Genius because the third base situation is pretty crappy right now; a potential problem because there are two guys on the farm – Rio Ruiz and Johan Carmargo – who play third and can probably come up soon. But then again, maybe not soon enough, and the Bringer of Rain can play right now. Would he be interested in a one or two year deal? That’s really all the Braves should want to invest in a hot corner guy since they can bring up Ruiz in the near future. Depending on whether or not Donaldson would take a short term contract, I would be open to this move. Donaldson brings another heavy bat and would be a good guy to hit behind or ahead of Freddie and Ender, who are our best sources of offense going into 2018. 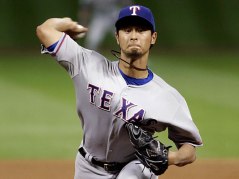 While the pitching market is a bit weak right now, there are still some big names floating about. The aforementioned Chris Archer has been rumored to be on the block for Tampa for years now, and it feels like they just keep dangling him like a carrot in front of a rabbit. I don’t know if any team is willing to give up what the Rays are obviously asking for their young ace, but this is a new year and, as I said, pitchers aren’t plentiful right now. Especially when you consider that the other two big name guys could command some serious coin. Yu Darvish and Jake Arrieta are in line for a big paycheck, even with some downturns. Darvish pitched well in the National League (well, except for the World Series) and Arrieta had a bit of a low season, having his highest ERA since 2013. However, he still was able to engineering 14 wins and kept the ERA at a respectable 3.53 for the year. Any of these men could be up for grabs by a young and hungry team that needs a veteran ace to anchor their squads – maybe teams like the Minnesota Twins. Or, conversely, they could go to a team that needs a infusion of new talent to revitalize them – teams like the San Francisco Giants or the St. Louis Cardinals. I could easily see Arrieta signing with St. Louis and forming an alliance with Adam Wainwright and Michael Wacha.

The biggest news, in my opinion, is what will happen with your new National League MVP, the Iron Giant. There are a lot of things that could hamper a trade, but let’s break down what we can.

According to Jon Morosi from Fox Sports, the remaining 10 years and $295M left on Stanton’s contract might be what interested teams would offer were he on the open market. So while it seems outrageous, it might not be a deal breaker for teams with deep pockets. Teams like, say, Los Angeles, Chicago, Washington, or Boston.

Stanton also enjoys a very liberal, full no-trade clause. While he has made it clear he wants to play for a contender, I have a feeling he would also want to make sure that the contender is a place he would want to put down roots as well. Dude’s got a pretty sweet gig down in Miami. I doubt he’d want to give that up to live in Houston or DC. Nothing against Houston or DC, but when you’re young and flush with cash, that’s not the cool place to be.

OG might be able to glean some further insight into the Feesh situation, but I think that Jeets will find a willing trade partner. The only thing is will they get what they want from an Iron Giant trade, and how much are they willing to eat, because you know that the Marlins will need to absorb some of this huge contract.

So, fam, what do you think? I didn’t even touch on guys like Eric Hosmer and J.D. Martinez, or where Japanese Babe Ruth Ohtani might end up. I also didn’t talk about the rumor surrounding Chase Utley possibly retiring to become the Phillies’ bench coach. Boy, wouldn’t that be a hoot?

Spread your best baseball gossip in the comments!