Prof: When I wrote my portion of the recap, news began to trickle in of a horrible, destructive earthquake that rocked Mexico City. Videos of buildings collapsing, roads buckling are mixed with still more videos of puppies being rescued from the rubble along with people helping out their fellow neighbor. 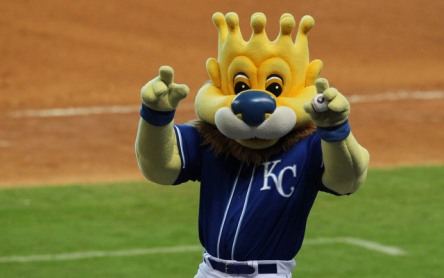 You might be wondering, what does this have to do with baseball? Well, I guess in the scheme of things, nothing much, really. Except that Sluggerrr and T.C. Bear, the mascots of the Royals and Twins, are in Mexico City right now. The mascots are there to promote baseball to children and help raise money for a children’s hospital. Sluggerrr and T.C. were stuck in traffic on a bridge when the earthquake happened. The lion and the bear are fine, thank goodness, but it’s a scary reminder that people (and mascots) can be in danger at any moment.

All of this while powerful Hurricane Maria bears down on the Virgin Islands and Puerto Rico, home of a great many MLB players, too. I hope we don’t get disaster fatigue, but please, if you can, do whatever you can to help these people who will desperately need all the help they can get, especially those who have literally just gotten out from under Hurricane Irma.

So, let’s talk about some baseball.

Twins 2, Yankees 5 – Scouts: Minnesota blew their biggest opportunity in the first, leaving the bases loaded, scoring just a single run.  New York took over from there and the Twins have now dropped the first two in the series.

Dodgers 2, Phillies 6 – Scouts: Rhys Hoskins did most of the work in this one, knocking in 4 BRI’s, leading the way in a four run 7th.  Despite the loss, the Dodgers’ Magic Number still went down due to (Spoiler Alert) Arizona also coming up short against a bad team.

Red Sox 1, Orioles 0 F/11 – Scouts: The Orioles have seen the Dodgers losing streak and decided to have a little competition for best team that can play the worst.  The Red Sox win this one on a wild pitch in the 11th, ruining a rare, fantastic start by Kevin Gausman.

Cardinals 8, Reds 7 F/10 – Prof: Back and forth and back and forth. My boy Scoots Magoots did well, even homered in the tenth inning for Cincinnati, but to no avail. Mostly because of an error from Adam Duvall that helped Dexter Fowler score and ultimately won the game for St. Louis.

Mets 4, Marlins 5 F/10 – Prof: Good grief! Look at how many extra innings games we had in a row. Apparently there was some prime Mets-ing in this game. Christian Yelich and my boy Justin Bour both homered in regular innings, and the game winner was a homer from J.T. Realmuto.

Cubs 2, Rays 1 – Prof:  Mike Montgomery and Chris Archer went head to head. Many stats for the night were nearly identical – six innings, six strikeouts. Montgomery had one earned run, Archer had two. But that one additional run meant that the Rays’ ace gets the loss against a suddenly streaky Chicago team. A homer was mashed by Baby Babe Ruth.

Indians 6, Angels 3 – Scouts: Mike Clevinger kept the Angels to one run over 6 innings, losing a no-hit bid in the fifth.

Rangers 3, Mariners 1 – Scouts: Martin Perez and Mike Leake dueled it out for 7 strong innings, before the Rangers picked up a pair in the 8th.  With the win and the Twin’s loss, the Rangers are now just 3.5 games out of the Wild Card Spot.

Nationals 4, Braves 2 – Prof:  Washington started hot, then Atlanta came back and nearly tied it up before the Nats put in the dagger in the seventh inning with an Anthony Rendon RBI double and a Sean Doolittle save.

Diamondbacks 2, Padres 6 – Scouts: Arizona is going cold at the worst possible time losing another game to the Padres.

Rockies 3, Giants 4 – Scouts: Hunter Pence knocked in a two-run homer in the 5th and followed up with the game winning walk-off sac fly.  The loss drops the Rockie’s Wild Card lead to one over the Brewers.

Athletics 9, Tigers 8 – Scouts: Per Spartan1963’s request, I am skipping today’s recap of this otherwise meaningless game.