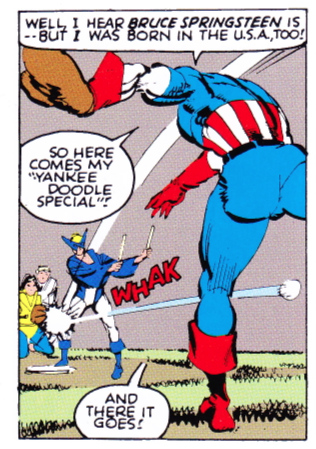 Prof: We all know what today is. In this time of unrest, let us remember that once we were a nation united, a world knit together in brotherhood. The Super Bowl that came after featured a performance by my favorite band, U2, and they had a beautiful tribute. Today I’m going to post that tribute as part of today’s musical selections. Love to all of the FI fam today and always.

Orioles 2, Indians 3 – Prof: The Magical Land of Cleve now has set a franchise record. Cleveland has now won eighteen straight games. That’s pretty amazing! It was looking pretty close for the Tribe, but they pulled it out. Noted drone enthusiast Trevor Bauer has now won 16 games on the year as well.

Rockies 8, Dodgers 1 – Prof: Regardless of how many games ahead the Dodgers are in the NL West, and currently owns the best record in the majors, the fact is that they have now lost ten games in a row, and this is really, really bad. The Rox really gave them a handful – Nolan Arenado and Trevor Story both hit dingers and Mark Reynolds hit a grand slam to cap the game.

Yankees 16, Rangers 7 – Scouts: Both Gary Sanchez and Aaron Judge homered twice, Judges putting him as only the second rookie to smack 40 HR.  Mark McGwire was the other one.

Marlins 8, Braves 10 F/11 – Prof: The Braves were gracious hosts to Miami, continuing to provide free tickets to displaced hurricane refugees and also set up trips to the World of Coca-Cola and the aquarium for Marlins families who escaped from the hurricane with their husbands on the team. Say what you will about other teams, but I am very proud of the one that I have been a fan of since I was about 8 years old. Now, the team’s play has been disappointing this season. A bittersweet moment was that today, with a Braves victory, Washington clinched the NL East crown. It took extra innings, but since Atlanta was in a charitable mood, they provided that to the Nats as well. Lane Adams, who is currently my favorite woke ballplayer, hit a two run dinger off Vancey Pants Worley to win the game. YAAAAS BOY.

Brewers 3, Cubs 1 – Prof:  Here’s a thing that I never thought I’d ever say:  Zach Davies is your current major league wins leader. Not Clayton Kershaw. Not Corey Kluber. Not Thor. Not even my mortal enemy MadBum. No, overgrown preschool student Zach Davies has seventeen wins and shows no signs of that ending soon. Big ups to the Brew Crew for sweeping the Cubs and keeping their playoff hopes alive. They are now tied for second place with St. Louis in the NL Central. Oh, and Corey Knebel has 34 saves. And I bet he’s still underrated by people.

Giants 1, White Sox 8 – Prof: Speaking of MadBum… look who got a big old L? Fam, I’m so happy right now. I know that my hate is irrational, but it is my hate and I feed it Miracle Gro. Look how beautiful and lush my hate is. MadBum coughed up six earned runs and ten hits in only five innings. Oh, friends, this feeling is so grand. I feel alive right now. ANYWAY. Between Jose Abreu (two homers!) and Tim Anderson, Chicago is starting to catch fire. A good ending to a bad season, maybe?

Phillies 2, Nationals 3 – Scouts: Congratulations to the Washinton Nationals, who clinched the NL East with the victory after the Braves walked it off against the Marlins.  Steven Strasburg owned this one locking down the first 10 batters, and throwing 10 strikeouts over 8 shutout innings.

Pirates 0, Cardinals 7 – Prof: WACHA WACHA WACHA. Eight scoreless innings, which was what he needed to give the Redbirds. Yadi Molina hit a three run homer and Randal Grichuk hit a solo dinger of his own.

(Prof note: there are so many versions of 40, but this live performance is my favorite.)

Astros 2, Athletics 10 – Prof: Wow, the Astros got really cold. Bad pitching, bad base running, bad everything. Still, Houston leads the AL West and shouldn’t be too worried about reaching the playoffs unless they go on a Dodgers-style losing streak.

Angels 5, Mariners 3 – Scouts: LA kept themselves in the wild card chase with a big 8th inning rally that saw three halos cross the plate, including a key two-run double by Justin Upton.

Padres 2, Diamondbacks 3 – Scouts: J.D. Martinez went yard twice and Paul Goldschmidt followed with one of his own giving the D’Backs just enough thump to get past the Padres.

Reds 10, Mets 5 – Prof: In a rare show of emotion, my small son Scoots Magoots threw his helmet and bat after being called out on strikes, and was ejected. I can’t believe that Scooter would be that angry about anything, to be honest. It was a big day for Tucker Barnhart, who had 5 RBI.

Rays 4, Red Sox 1 – Prof:  It’s hard to think of someone who has fallen so much in a year as Rick Porcello. Last year, Porcello won the AL Cy Young. This year, he is, quite frankly, terrible. While wins and losses are pretty much garbage, they are shorthand for quality of starts, and Porcello’s seventeen losses (along with 4.64 ERA) show how awful he has been all season long. Tampa’s Lucas Duda had an error in the second inning but made up for it with a home run in the seventh.