Scouts: So MLB is apparently doing something new this year, called players weekend.  Really they should call it “Merchandising Weekend” because that’s really what this is.  But I guess it can be a little bit of fun.  Instead of official-professional looking jerseys with the players name on them, they will be wearing “alternative, youth-league-inspired” uniforms with nicknames on the back.  So basically MLB is going all beer-league softball on us.  If MLB really wanted to have fun, they’d let Giancarlo Stanton chug a beer at each base on a home-run and let Max Scherzer pitch under-handed.  MLB players will also be wearing new baseball caps, because of course they will.  Jerseys are available in the MLB shop for the low, low price of two hundred fucking dollars.  You know in case you really need a jersey that says “Bringer of Rain” or “Buster” on the back.  But it’s okay, they ship for free. 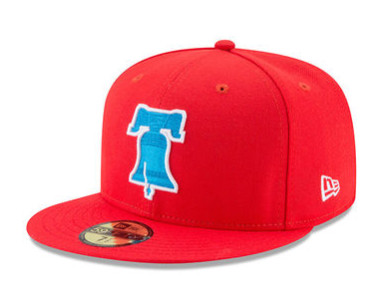 This is a Phillies Hat. 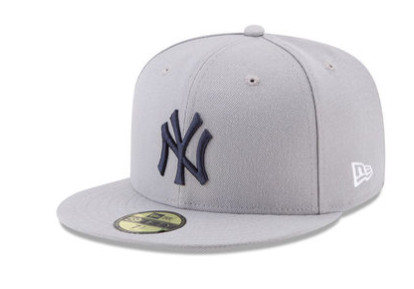 You can see the Yankees really had fun with this one.  Check out the rest at SB Nation.  What’s your favorite?  I know I’m picking up the one I can only wear when I’m drunk.

Rockies 3, Indians 2 F/12 – Scouts: Jonathan Lucroy doubled in the tying run in the 9th, allowing Charlie Blackmon to play the hero with the winning homer in the 12th.

Rangers 5, Mets 1 – Scouts: Martin Perez held a no hitter into the 5th, then went 8 strong innings giving up just a single run.  Joey Gallo knocked in his 32nd home run and that was your ballgame.

Mariners 6, Oakland 3 – Scouts: Nelson Cruz hit two dingers, and Kyle Seager contributed with a three run shot of his own and that was pretty much the ballgame as they say.

Cubs 1, Giants 3 – Scouts: MadBum picks up his second win of the year shutting down the Cubs offense over 7 strong innings.

Yankees 11, Blue Jays 5 – Scouts: Todd Frazier went 3-4 with 3 RBI and Didi Gregorius who was a late add went 3-5 for the Yankees who just poured it on the Blue Jays.

Redsox 8, Rays 2 – Scouts: This one was all about Rick Porcello who not only had a immaculate inning, but almost completely shut down the Rays over 6 giving up just 2 runs on 4 hits.

Pirates 0, Tigers 10 – Scouts: There are still talks of a Verlander trade swirling about and one can see why after JV pitched 8 innings giving up just a single solitary hit.

Padres 3, Reds 8 – Scouts: Jose Peraza stepped up in the clutch, knocking in not one, but three two-out RBI’s for the Reds.

Phillies 3, Braves 2 – Scouts: Odubel Herrera hit two triples in this one as the Braves drop yet another game to the mighty Phillies.

Astros 1, White Sox 7 – Scouts: Orioles throw-away Miguel Gonzalez reminded us of how good he could be holding the potent Astros offense to 5 hits over 8 innings.  Houston still seems to be struggling with getting some consistency out of their starting rotation.

Royals 5, Cardinals 8 – Scouts: We officially had a stray cat delay, and it resulted in a new Cardinals mascot.  Following the cat’s visit, Yadier Molina crushed a grand slam that I’m sure had nothing to do with the flat 92 mph fastball that was literally in the middle of the plate.  The Cards are now just a game and a half behind the Cubbies.

Dodgers 3, D’Backs 2 – Scouts: The Dodgers are the first team to 80 wins after Yasiel Puig singled in Joc Pederson in the 7th.