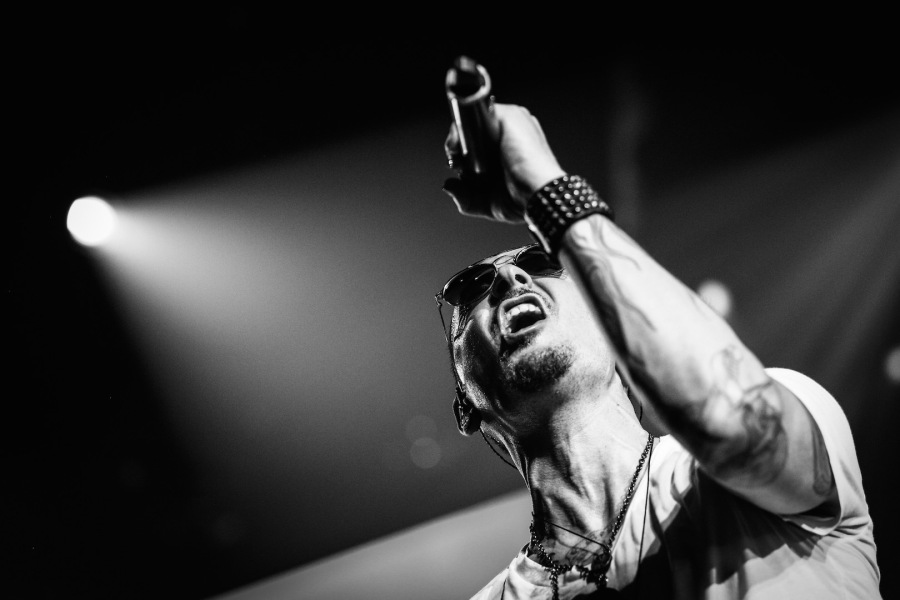 Prof:  This site skews a little older, but I want to take a moment to remember the life, legacy, and impact of someone who is very important to a lot of people my age, and to me personally. Chester Bennington, the lead singer of Linkin Park, committed suicide yesterday. He was 41 years old.

I am 37. I always thought of the guys from LP as being my peers. In a weird way, my friends. Unlike a lot of the other music deaths we’ve had lately, this one has hit me really, really hard. I cried at work. I cried on the way home from work. I cried when I got home. And thinking about how much LP and their music meant to me is making me cry again. During some really rough, horrible times, incredibly difficult and crappy moments of my life, LP was there for me. So many times I would sit alone in my car, driving down quiet out of the way roads, listening to Meteora and feeling cleansed. For many years, I used a picture of Chester as my avatar online. So, this was pretty real.

I wish that Chester could have found the strength and comfort in his own music that I did. I’m going to post my favorite LP songs in tribute to someone who made me feel like I wasn’t alone, that it was okay to admit that you had problems, that you could find beauty in pain. Thank you, Chester. You mean so much to me.

Rangers 7, Orioles 9 – Scouts: That’s 4, count them 4 games in a row for the Orioles.  At this point I just don’t know what to expect from them.  Adam Jones, Chris Davis, Mark Trumbo and Jonathan Schoop all hit homers as the O’s came from behind to pull this one out.

Tigers 4, Royals 16 – Scouts: Four 4 run innings for the Royals.  All those runs and only two came off a single home run hit.  Yikes. Michael Fulmer, Chad Bell, and Alex Wilson did not have good days.

Diamondbacks 12, Reds 2 – Prof:  JAKE LAMB. YES. Lamb is one of my most underrated players in the majors. Last night, he hit two three-run homers. His performance at the plate alone would have gotten the W for the Gritty Snakes, but they also had help from Gregor Blanco and Ketel Marte (50 mellow hits by the original artists!). Shoutout to Patrick Corbin who had to make the start on short notice because Taijuan Walker is a new daddy! (Also, congrats, Mr. Walker!)

Braves 6, Dodgers 3 – Scouts: You know that 11 game winning streak you had LA?  Yea, well Atlanta just came in and wrecked that shit.  But don’t get too cocky Braves fans, it was only the 5th loss in the past 36 games for the Dodgers, so some would say they were due.

Padres 5, Giants 2 – Scouts: Looks like MadBum is back from busting his shoulder on that Dirt Bike.  His first start at home did not go so well and MadBum is officially 0-4 on the season.  Coudln’t have happened to a nicer guy.

Brewers 2, Pirates 4 – Scouts: Milwaukee’s missing some of the first half magic, getting swept by the Pirates in a 4 game series.  The Brew crew is now clinging to a 1 game lead over the Cubs and the Pirates are now just 3 back in the suddenly more interesting NL Central.

Yankees 4, Mariners 1 – Scouts: Felix Hernandez had a fantastic start ruined by the bullpen faltering.  The Mariners hot off a trade for David Phelps didn’t respond quite the way the fanbase may have liked.

Cardinals 2, Mets 3 – Prof:  The Mets were able to find the will to win against the Redbirds last night, and a lot of the credit goes to Seth Lugo. Lugo went 6 2/3 innings and only allowed one run during that time, which is something that New York has been missing from their other starting pitchers. The Cardinals fired back, though, and got the lead in the eighth inning. However, thanks to bad fielding from a pitcher, the Mets were able to capitalize and Jose Reyes turned a grounder into a single for the win.