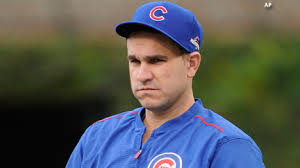 Last night, Miguel Montero and Jake Arrieta did not have a great night.  Specifically they did not have a great night keeping Washington base-runners in place.  After the game, Montero made some ill-advised comments basically saying “It’s not my fault, blame Jake!”  Montero placed the blame squarely on Jake Arrieta’s slow pace to the plate.  Which, while true, (He’s tied for the league lead for 15 steals allowed) isn’t really helped by the fact that Montero is second to last in the league in pop time.  Pop time, and you’ll be excused if you don’t know it, is a new statcast stat which measures the time it takes from when a catcher receives a ball to when it reaches the base the catcher throws it to.

“That’s the reason they were running left and right today, because they [Arrieta] were slow to the plate,” Montero said after the Cubs’ 6-1 loss. “Simple as that. It’s a shame it’s my fault because I didn’t throw anyone out.

“It really sucked, because the stolen bases go on me. But when you really look at it, the pitcher doesn’t give me any time, so yeah, ‘Miggy can’t throw anyone out,’ but my pitchers don’t hold anyone on.”

So in reality, it’s a little of everyone’s fault.  Plus the Nats runners are pretty quick, so that factors in aswell.

All of this would make for very interesting debates, however Montero decided to call out his pitching staff publicly and that usually does not go over very well with the boys.  Especially when people weren’t exactly happy with Montero to begin with.

Rizzo on Miggy's comments:
"When you point fingers you're a selfish player. We have another catcher that throws everyone out."

We will gloss over the fact that Rizzo basically just did the exact same thing he’s so pissed at Montero for doing.  Calling out a teammate and pointing fingers.  But I guess it’s sort of a who started it thing.

Either way, it looks like management has enough of the back and forth, especially from a team that’s just a game out of first place.

Source: Miguel Montero to be DFA'd

Buster Olney says that Victor Caratini will be called up to replace Montero.  And thus endeth the lesson.

6 thoughts on “Miguel Montero Calls Out Pitching Staff, Let’s See What Happens Next”