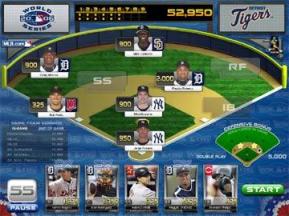 ple used to organize around city-states (which we still do) and, later, ethnicities or work associations, but nothing is bigger today than the tribes of sports fandom. The Founders were Masons; we are Best Fans (or Cheeseheads or 12th Men). The Puritans helped shape our culture with their starched collars and prim restrictions, and we do it with our baseball caps and adherence to unwritten rules. We are one Nation, divided into multiple sports fan bases, and the allegiances are often randomly designed.

If you ask how I became a Tigers fan, I couldn’t point to specific influencing factors or a conversion experience. Tigers baseball — like church, fried okra, and suburbia — was part of my family milieu. My mother’s family was from The Mitten and my grandfather had been drafted by the Tigers in the 30’s. Even though he blew out his liver and bounced around the minors and independent leagues thereafter, the family culture was steeped with Tigers fandom. For most of the family, however, that was a local connection. It was weaker with my nuclear unit, since we moved out of state.

We have a large clan and played softball at the annual reunion picnic. Once, my sister was heckling me at the plate and I knocked a hard shot right over her to drop shallow in the outfield. Unfortunately, one of my older cousins was playing CF, and he held me to a single. Uncle Mike used to pitch (diplomatically), and Uncle Terry had a little Dizzy Dean routine at the plate. Everyone over the age of five played — except, of course, Grandma. My oldest uncle, Jim (Army, Clinton campaign), was HP ump.

Back home in Oklahoma, we couldn’t get Tigers games on the TV or radio, so I didn’t actually watch the team I purportedly rooted for. My brother and Dad watched the Rangers or Royals sometimes on local broadcasts, but I never sat down with them for games. Washing the car or working in the yard though, I remember the radio — random ballgames — playing in the background. We went to minor league games — the Drillers have a solid history — thanks largely to corporate sponsorships that got us free tickets. I watched Sammy Sosa play, and then promptly lost track of him. Pudge, however, was a favorite. My dad moved to Texas later, so I could follow Pudge with the Rangers (and then on with Detroit).

I guess most people learn to love baseball from their dad. I only went to two games with my dad in my life. The first was a Dodgers game in LA when he took us along on a business trip as kids; for the second, we went to a Drillers game, the two of us, after he retired. He was amused by how excited I would get during games, which is to say that my fandom was a bit of a surprise to him. As I got older, we would discuss the Rangers or Miggy during phone calls, but he was really more into golf and auto racing (and in his later years, hockey).

I usually went to games with my mom (and still do). She kept score (although it confuses her a bit now) and is pretty good with the baseball chatter. One game, we heckled the 1B coach for sending runners who were obviously too slow to steal bases. If the team played badly and a fan made a good catch on a fly ball, Mom would yell: Give that guy a contract! Once, we were down 11-0 in the 9th and a Driller hit a homerun. Mom called out: Okay! Eleven more! She’s an optimist.

It’s safe to say I largely started out a generic baseball fan then — mostly because I grew up in a place without a major league team and divorced from my tribe. The family connection made me a marginal Tigers fan, but it was a verbal rather than lived allegiance. I didn’t even celebrate the Tigers World Series win in 1984. I was geographically and practically cut off from “my” team then. That started to change, ironically, when I got married (to a non-baseball fan), because I had cable TV for the first time. I was able to watch more games — especially in 2006. After I got the MLB package in 2012, I could focus on Tigers games more and became familiar with the individual players in a way I had not before. Now, I’m like an armchair GM. B-Ref and MLB.TV — and participation in the community here — have changed my fandom. It’s more informed and more specific.

The communications revolution — and especially the internet — has made baseball more tribal for me than it could be in my analog life. Traditionally, I think people become fans thanks to connections with the places they live or their personal experiences with baseball, which we tend to see as isolating and restrictive. The digital age offers the chance to transcend geographical and social restrictions; however, the new tribalism is global and yet still selective. The world is opened up, but choices remain shaped by the history of consumer capitalism — which dictates the teams available to us — and our socio-economic and geographic culture — which influences our personal preferences. As my fandom has evolved, it has moved past the local and general to dedicated brand loyalty, which is partly accidental and partly corporate design.