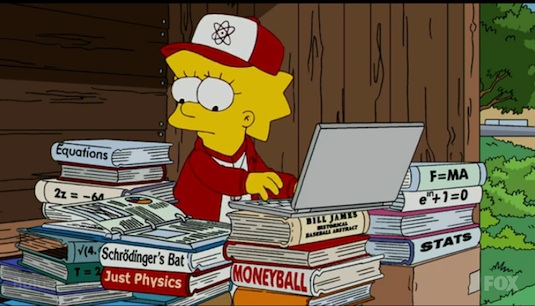 Prof:  I’ve been recouping from a kidney stone for the last couple of days. I’ve had them before, but they never get easier. I wouldn’t wish it on my worst enemy.

Scouts: Holy she-it that was an exciting night of baseball!  One of the best we’ve had in a while.  There was a little something for everyone.  We had Scooter hitting more dingers last night than he had all year TOTAL!  He bumped his RBI Total from 20 to 30.  He proved me the value of the MLB.tv package as I recieved a text before his last HR that he was coming up to the plate.  “Nah, he’ll likely just pop up or strike out” I figured, but what the hell.  Press a few buttons and I’m watching Scooter swinging through a pitch looking like he REALLY wanted that 4th HR.  Two pitches later I’m watching a line drive that just isn’t falling.  Then I get a message that Max Scherzer is having himself quite a night.  Next up is Moustaka’s and Trumbo walking it off.  The Yanks, Sox came down to the wire, and the Cubs, Diamondbacks, Rockies, and Mariners all lit up the scoreboard.  I can’t wait to see what happens tonight!  I only wish the Strasburg/Kershaw matchup started about an hour or two later so I could get home from work in time to watch.

Cardinals 1, Reds 13 – Prof:  SCOOTER GENNETT!!!!  I have never been more proud of my small son until tonight. I mean, I’m literally crying just thinking about it. My little Scoots just tied the major league record for most home runs by a single game by the same player with four. Not only that, he had 10 RBI, which ties the Reds’ club record. Not bad for a little dude who was claimed off waivers. So proud, you have no idea. It couldn’t happen to a nicer guy. Love ya, Scoots.

Red Sox 5, Yankees 4 – Prof:  Ooof, Tanaka is looking rough. The Yankee pitcher has lost five straight and looked really awful last night as well. Not that Drew Pomeranz was any better. The difference was that the Red Sox got an insurance shot from Andrew Benintendi and brought out one of the most dominant closers of a generation, Craig Kimbrel, to put the hammer down.

Pirates 5, Orioles 6 F/10 – Scouts: Oh boy, did I mess up.  I went out to walk the dog during the top of the ninth, with the O’s down just 1.  I came back to see they had given up yet another run, now down two and frustrated at my team’s constant ineptitude recently, I shut the game off.  Of course 30 seconds later I receive a text from my mother and what do you know, Jonathan Schoop had tied the game with a 2 run homer, his second homer of the night.  I had to rush to get my PC back up and running so I could watch the Mark Trumbo single in Adam Jones in the 10th to complete the come-from-behind walk-off victory.

White Sox 4, Rays 2 – Prof: Homer-a-palooza in The Trop as the White Sox defeated Chris Archer and company in late innings. Avisail Garcia started it off, smacking a homer in the seventh, Jose Abreu hit an RBI single, and Todd Frazier capped it off in the ninth with a home run of his own.

Mets 8, Rangers 10 – Scouts: Jacob deGrom got LIT up giving up 10 hits and 8 runs in just 4 innings.  Damn.  The Mets tried to come back with 4 in the final two frames, but came up short as the Mets often do.

Marlins 2, Cubs 10 – Prof:  Newly engaged Anthony Rizzo smashed a home run, drove in four, and helped lead Chicago to a soul crushing win against the Feesh. Six runs in the seventh. Yikes! In the comment section yesterday, OG told us that the last time Miami lost the Big Buckin’ Chicken they crashed and burned something fierce. Get well soon, J-Bour.

Indians 3, Rockies 11 – Prof:  Oh, man. Rough night for the guys from the Magical Land of Cleve. Lonnie Chisenhall comes off the DL and hit a home run, but it doesnt mean much when every Rockie seemed to get hot at the plate. Homers from Gonzalez, Reynolds, Zimmer, Reynolds (again), not to mention an RBI single from DJ LeMahieu put Colorado over the top.

Padres 2, Diamondbacks 10 – Scouts: Dinelson Lamet gave up 9 runs in just 3 innings as the Backs returned home from a 11 game road trip.  You know, I’d like to try to like Arizona, but they have the absolute WORST team name in all of professional sports.  There’s D’backs is the only way to shorten a long name and it’s too close to D-Bags for comfort.

Blue Jays 1, Athletics 4 – Scouts: These two teams are sitting at 31 and 32 losses respectfully and all I can think of is how silly the rule is that every team must send one player to the all-star game.

Nationals 2, Dodgers 1 – Scouts: Max Scherzer did work yesterday striking out 14 over 7 innings.  Brandon McCarthy was no slouch either allowing just 2 runs over 3 hits in the same 7 innings.  Koda Glover and Yasiel Puig were in a big hurry post game to discuss dinner plans.  I hear Magic Castle was heavily debated.

Angels 5, Tigers 3 – Prof:  CJ Cron and Kole Calhoun both smashed some taters against Historio’s Tigers, but in the end it came down to Bud Norris to save the day.

Phillies 3, Braves 1 – Prof:  When you think that the Braves can’t Barve anymore than they already do, they go and surprise ya. The Phillies are terrible, and yet they currently have a 5-0 record against Atlanta. Because Atlanta is bad. Bad bad bad. Bad bad BAD bad. Bartolo Colon went on the 10-day DL because he has “can’tpitchalick-itis” and when they have a good performance from a pitcher – who is usually Mike Foltynewicz these days – they can’t even get behind him. Not that it mattered today. The only thing I could say about the Braves last night was that the young kid they called up for relief, Jason Hursh, pitched a scoreless ninth. That’s about it.

Giants 2, Brewers 5 – Prof:  What’s up Chase Anderson!?!? The Brewers pitcher went 7 2/3 shutout innings, and drove in a run while padding his record which is now 5-1. Carlos Torres tried to mess things up for him, but Corey Knebel came out and saved the day (literally).