Our Prof knew exactly what she was doing when she baited me with that “international man of mystery” shtick in the preceding thread. She also knew the Feesh were orf for a day so they could continue their plunge from relevance over on the sunset side, which meant that I had plenty of free time on my hands to write this (before I leave for New York tonight to watch my film making son shooting some scenes from his firstborn horror movie in an abandoned warehouse in Patterson, New Joisy over the weekend).

So here it is, Prof. You mentioned the Yorktown battlefield. That’s a good place to start, but I can take you a step further. That there part of Virginny, cuddled to the north by the York and to the south by the James Rivers, is a seething cauldron of chauvanistic nostalgia. You can begin with the Jamestown Settlement (we know they were all eaten; we just don’t know by what)… …and a demonstration of primitive glassblowing (well, not basal neolithic or anything, but pretty atavistic compared to, say, Dale Chihuly)…

…then follow the Colonial Parkway – a ridiculously lovely road – through Colonial Williamsburg (we’ll circle back there, don’t worry)  to the Yorktown battlefield. You’ll hear the ironic strains of “The World Turned Upside Down” from Cornwallis’ ghostly harmonica as you near the national historical park. Note: these routes, and the ones that follow, must be driven with all windows and sunrooves open.  The battlefield itself is beautiful, like some north Scottish golf course unbefouled by…er…golf.

And a good time was had by all.

Interessin’ side story: a friend of mine, who is an artist, author and playwright, once took a fine spring day orf to bicycle the Gettysburg battlefield. After about an hour, he began to feel sad and depressed and couldn’t shake it. So he returned the bicycle to the rental stall at the hotel and mentioned to the concierge how he was feeling. The hotel employee smiled and told him the following story: some years back a national association of parapsychologists, clairvoyants and sensitives booked the hotel for their annual convention. On the first day a bunch of them began feeling sad and depressed, hearing mournful voices and feeling suction from the afterlife. They checked out and went home. By the third day they had all checked out and gone home for the same reasons.  You might want to ask cosmic questions about that. Then again, you might only want to ask what kind of idiot books clairvoyants into hotels built over one of the greatest slaughterhouses of history.

Back to our trip: on the brighter side, there were no massacres in Williamsburg so your extrasensory glands won’t be squeezed by a visit to it. Moreover, there is some of the best eating you will ever do in the restored area’s taverns including Chowning’s, the King’s Arms and my personal favorite, Christiana Campbell’s Tavern. You really need to book your meals well ahead of time as these places pack out. If you’re going during a holiday weekend – in other words, if you’re one of the brainwashed masochists who likes to waste your travel dollars when prices are highest and crowds at their most obnoxious – you need to book – and this is no exaggeration – at least a year ahead. Yes, I said a year. Campbell’s Tavern introduced me to colonial peanut bisque and, Buddha look compassionately upon me, spoonbread. The spoonbread at Campbell’s is what you’d want for a last meal if you were being executed. Slather it with butter while it’s still molten out of the pan. Oh my Dog.   They used to have traditional game pies like mixed rabbit, squirrel and duck pot pies, and venison stew to die for. Did I buy the Christiana Campbell’s Tavern official cookbook to take home? Is Godzilla radioactive?

Colonial Williamsburg was our family go-to long (non holiday) weekend when our kids were young. In addition to its profound educational value, the place is a wonderland of incongruities. The introductory film in the visitor’s center features a scene of Patrick Henry extolling revolution and berating his fellow colonials for their timidity. The actor who played Henry is wonderful and I think they’re still showing the film.

Attitude! Oh mercy! I learned the word “pusillanimous” from that speech when my parents took me there when I was just a kid, then read everything by and about Patrick Henry  I could get my hands on once we got home. Come on now. Is that a great word or what? It really set me up for the late sixties when Patrick and Trotsky warred, as they still do, for the bragging rights to my soul.

My beloved English wife, Rowena, would pull out her pennywhistle and play eighteenth century London pub tunes and pretty soon she attracted a following of the curious. Cracked our kids up bigtime. But there’s a dark side to this place too. Here are two anecdotes to illustrate same: There is an about as authentic-as-can-be apothecary shop in the restored area. Forty five years ago, when we first walked in there, my wife made the mistake of pointing to some of the tablets in a counter display and asked the then-apothecarist what they were for. This guy, who looked like a feral simulacrum of Chuck McCann, peered down at her over the rim of his shell-framed spectacles and sneered “Why for the digestion of course,”  like she was some kind of idiot. He was so patronizing that we cut short our visit and ushered the kids next door for some home-churned ice cream.

Later that evening, in the lounge of the Super 8 just outside the east gate of the historic district, we chatted up some students from the College of William and Mary  who also worked in costume in the restored area. When I mentioned how noxious the apothecarist was, one of the students asked, “what do you think that guy is in real life?” I shrugged. “A pharmacist maybe?” The student smiled. “That’s what you don’t get. No, the guy really is an apothecarist. He has studied eighteenth century medical books. He makes every single drug and poultice in that store exactly the way they made ’em in the early 1700s.  It’s part of his job requirements. If he ever put aspirin out there from the Rexall he’d be fired. Problem is, at the end of the day he has to throw it all in the garbage and start over again the next day because he’s not a licensed pharmacist and can’t dispense them to anybody.” There was nodding silence. “And that,” continued the student, “is why he’s so unbearable.”

Second Anecdote: the Hidden Spotters of CW, or, “Did you think you could evade the Thought Police? Take them away!”

So we gained some insight into the personality of someone whose painstaking research and craftsmanship was all totally useless beyond the most uncomprehending sort of voyeuristic entertainment. But a question lingered and I had to ask. “So who would know if he put aspirin tablets on his counter?”

“Ah,” said the student as his friends broke into knowing smiles and looked at each other. “You see the costumes and roles we’re assigned have to be completely authentic. I’m a town crier and they give me a costume to wear. Let’s say I can’t find my eighteenth century wool socks and just for one day I throw on a pair of sweat socks I use for jogging. Well, the Colonial Williamsburg Foundation – which we call…CW…for short [I thought I detected a  shudder go through this kid and his friends] has hired spotters all over the restored area. If one of them sees my sweat socks, I get a note in the mail within two days firing me and ordering me to turn in my costume at the Foundation (he indicated back over his shoulder with a jerk of his head) up the street there. CW is everywhere.  They go into the shops a couple of times a day to make sure everything is 1700s and not a day older, you know? We never see them. We don’t know who they are. We send in job applications and get hired by mail just like we get fired by mail. We would even get fired for having this conversation over in the restored area. If you asked me the same questions I would have to pretend not to hear you because you or for all we know your wife could be CW.”

So there you have it. Colonial American according to George Orwell. What the hell, the food is great even if some of the patrons are CW checking out the cooks and waitresses.

Okay, I’m not Lowell Thomas or Paul Theroux but head down there. You’ll have a great time. Just don’t go during a holiday period.

Who loves ya baby? 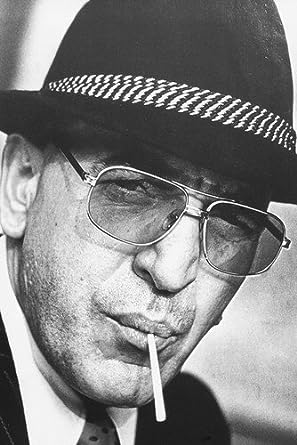 4 thoughts on “Our Beloved Prof’s Travel Doldrums: a Response in Good Faith, with a Brief Disquisition on Pusillanimity”