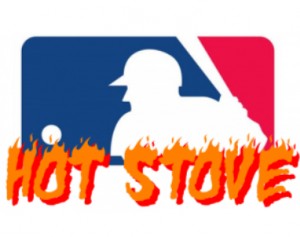 Prof:  It’s going to be warm today for most of the country. Let’s pretend it’s summertime with some top down, roller skate music. Scout is apparently not well, so enjoy this abbreviated post.

Brewers 5 Padres 6 – Scouts: Eric Sogard hit a go-ahead homer in the top of the 10th.

Braves 10, Blue Jays 6 – Prof: What does it mean when the Braves have a bigger number next to their name than their opponent? Thank all the gods that they didn’t throw away another great Freddie Freeman performance. Which, by the way, included a three run homer to put Atlanta on top of the streaking Blue Jays.

Athletics 5, Mariners 6 – Scouts: Nelson Cruz and Kyle Seager both homered for the win.

Dodgers 4, Giants 8  – Scouts: Matt Cain was looking pretty good as the Giants are now on a 4 game roll.  What?

Rays 7, Indians 8 – Prof:  The Magical Land of Cleve defeated the Florida Sea Creatures on sheer guts, beating their streaky ace Chris Archer. Francisco Lindor Truffle hit a home run in the eighth inning and Lonnie Chisenhall, who sounds like either the front man for an Allman Brothers cover band or a trust fund baby, hit a three run homer of his own.

Astros 7, Marlins 2 – Prof:  Sorry, Gator. It was good while it lasted, aye? But congrats to our buddy Stex. Your Astros are red hot cha-cha. Fun fact – Houston hit a grand slam this game and in Sunday’s game at Yankee Stadium, which is the first time it’s happened in franchise history. How cool is that? Jose Altuve continues to do Jose Altuve things, like hitting home runs with 3 RBI.

(Prof note – if you ever want to get in my good graces forever, listen to me ramble about Olly Murs for hours because I have been a fan of his since BEFORE he ever crossed over to America. I adore this guy.)