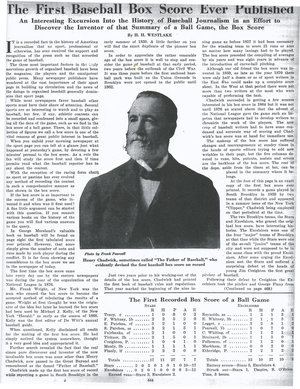 May 10, 2017 Author by professormaddog31Posted in Baseball

Tigers 7, Diamondbacks 3 – Scouts: I’m confused.  I though Verlander was stick a pitch-fork into him done like a year ago?  When did he become an ace once again?  Histo, get me some details please!  Maybe he switched from boxers to briefs…

Pirates 3, Dodgers 4 F/10 – Prof:  Julio Urias had a no-hitter going until the seventh, when it was broken up by Andrew McCutchen.  Austin Barnes’ doubled in the winning run in the 10th.

Nationals 4, Orioles 5 F/12 – Scouts: Tough game for Nats fans.  What was a slow and prodding game due to both Scherzer and Jimenez having decent starts turned into a wild roller-coaster ride once we hit the 9th.  Mark Scherzer absolutely dominated the birds for 7 very strong innings,  however the O’s woke up late picking up 1 in the 8th and two in the 9th to send the game into buy us some free baseball.  Dale Murphy was bizzaringly ejected in between the 9th and 10th innings from the dugout after a dispute over a 3rd strike call.  Laz Diaz did not have the best of nights with a strike zone that seemed to vary from pitch to pitch.  Dusty Baker then burned up 4 pitchers just to get through the 10th. The O’s threatened in the 11th after J.J. Hardy doubled and Caleb Joseph singled with 2 outs, but Bryce Harper threw an absolute rocket to nail Hardy at the plate.  The Nats shot themselves in the foot in the top of the 12th running into a horrible fly-out double play as Brian Goodwin took-off and didn’t bother watching the play unfold in front of him.  Out of pitching options, the O’s finally got to Jacob Turner loading the bases in the 12th, who allowed the walk-off hit to Trumbo.

Yankees 3, Reds 5 – Scouts: CC Sebathia is showing some wear and tear giving up 5 runs over 7 innings bringing his season ERA to 5.77.  I have a buddy of mine who is a big Yankees fan who likes to tell me almost every day how good Manny Machado and Royce Harper will look in pinstripes.  He also tells me how Sabathia has nothing left in the tank.

Cubs 4, Rockies 10 (Game 1);  Cubs 8, Rockies 1 (Game 2) – Prof:  The game was postponed due to hail last night, so a doubleheader was played today. In game one, Jake Arrieta got roughed up something fierce, and the Rockies attacked with six runs in the third inning alone. In game two, John Lackey struck out ten across seven and even helped his own cause with an RBI single. Fun fact (and unbelievable fact):  The Rockies lead the NL West. DJ LeMahieu continues to be an excellent player that no one even realizes is alive.

Royals 7, Rays 6 F/12 – Scouts: Mike Moustakas homered in the 12th to put an end to this miserable game between two terrible teams.

Mariners 10, Phillies 9 – Prof: So close, so far away for Philadelphia. Hometown hero Chooooooooooooooooch Ruiz came back to town as a member of the Seattle squad. He was welcomed with open arms and loud, affectionate “Chooch”-ing. Unfortunately he didn’t start, and the Phillie Phaithful let their displeasure ring with boos for the poor guy who started instead. Young upstart Taylor Motter had the go-ahead run in the ninth inning.

Red Sox 7, Brewers 11 – Prof:  Eric Thames, you’re a maniac! And Keon Broxton isn’t half bad, either! Thames smashed his 13th home run of the season as the Brewers crushed the first inning, driving in five runs. Broxton finished a double shy of a cycle and had 4 RBI. Not to be outdone, the Sox’ Mookie Betts went 4 for 4 and also fell just short of the cycle.

Braves 3, Astros 8 – Prof:  Bartolo Fever. I’m over it. Then again, I never had it. I was among the few in Braves Country who wasn’t excited about the Bartolo and Dickey signings. and my pessimism has come to fruition. Colon gave up consecutive homers to Carloses Correa and Beltran in the first inning alone, and the red hot Astros cruised to victory. Mad props to Josh Reddick who hit his 100th home run during this game.

Cardinals 6, Marlins 5 – Scouts: Whoof.  Evern Gator must be dropping a few choice curse words after this one.  The Marlins gave up 4 in the 8th and 1 in the 9th to blow this one big time.  Bullpen meltdown for sure.  Kyle Barraclough alone was credited for 4 runs on 3 hits while recording just a single solitary out.  Brad Ziegler came in to pick up the blown save and A.J. Ramos followed him up with the loss.  They then sent in the cow to catch the goat to catch the dog to catch the cat to…. 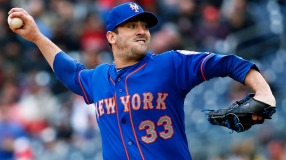 Giants 1, Mets 6 – Prof:  Day Five Hundred (or at least it feels like it) of the Mtt Hrvey Saga showed the beleaguered pitcher coming to Citi Field in an attempt to make amends with his teammates. Terry Collins cried during a presser, I guess. None of this means that the Mets brass won’t be trying to get rid of the formerly Dark Knight. Do we call him the Twilight Knight instead? The Dark Knave? How does one corrupt a nickname like that? I feel the same towards M.H. that wizards do about Voldemort – I don’t like saying his name, either. I feel like just saying You-Know-Who and be done with it. Anyway, there was a game played last night and Michael Conforto continues to be better than the organization he’s playing for by smacking a solo homer. Young Zack Wheeler pitched a nice outing. Exactly what this team needs as who knows how long You-Know-Who is going to be a Metropolitan.