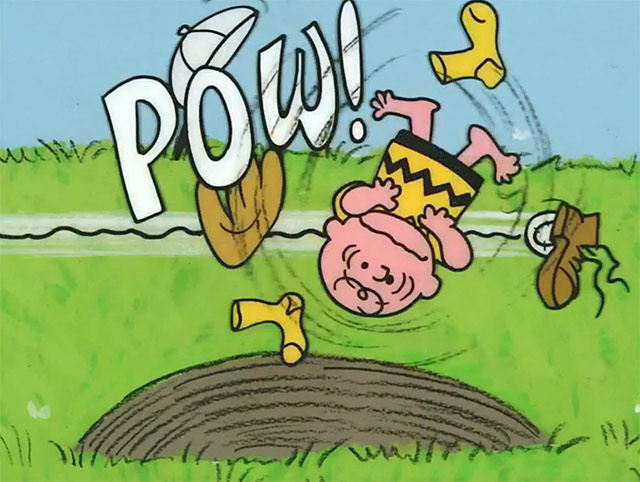 April 12, 2017 Author by professormaddog31Posted in Baseball

Prof:  Sorry, guys, I’m too tired to write in-depth recaps today. Try to get some quick and dirty for ya, though.

Scouts: Sorry gang, I don’t have much for you either today.  I think I did myself in with that long Thor rant yesterday.  How about you all just talk amongst yourselves today?

Mets 14, Phillies 4 – Prof:  Matt Harvey left the game with some sort of unannounced medical emergency. I’m going to be professional here and not say another word. But if you follow me on Twitter you know what I was gonna say.

Brewers 4, Blue Jays 3 – Scouts: Wow, what a rough start to the season for Toronto.  Sure there’s plenty of time to pull themselves out of it, but 1-6 is a deep hole when you are in a very tough division.

Rangers 5, Angels 6 – Scouts: It’s the second straight comeback for the Halos as Carlos Perez wins this one with the ever popular walk-off bunt.  The Angels came back down 5-0 in the 7th.

Braves 4, Marlins 8 – Prof: The Marlins had a rally cat last night. Also, people who claim to be fans of the Braves but are clearly aliens from another planet took to Twitter en masse to show their collective butts. Again, if you follow me on Twitter you already read my rant. Also, Bartolo Colon stunk it up out there yesterday. 35 pitches for the first inning alone. Yikes. That’s like half a Maddux game, you guys.

Reds 6, Pirates 2 – Prof: What’s gotten into the Reds lately? Oh, I know what it is. IT’S MY BOY, SCOOTER GENNETT, THAT’S WHAT. Scoots Magoots had three hits, and a three-run homer to bust through and power Cincinatti to victory. That’s my boy!

Diamondbacks 4, Giants 3 –  Scouts: The Giants, down 4-0 picked up 1 in the 8th and 2 in the 9th to fall just short of a late comeback against Arizona.  Seriously, is Diamondbacks the worst team name in all of professional sports?  It’s so long and unwieldy and the short version sounds like an insult.

White Sox 1, Indians 2 F/10 – Prof:  No one wanted to win. And a big free agent signing is not working out so great for the Magical Land of Cleve. Edwin Enarnacion is 0-11 with runners on, and batting well under .200. I know it’s early days yet, when you sign a monster contract on the strength of your bat, and then your bat flies the coop…

Cardinals 3, Nationals 8 – Prof:  Daniel Murphy is going gangbusters out in Washington. He clearly didn’t lose anything during the offseason as far as intensity goes. Murph hit a homer, doubled twice, and drove in five RBI. Matt Wieters and Jayson Werth also smacked a home run a piece in the win.

Orioles 1, Red Sox 8 – Scouts: This game just pissed me off.  After blowing it big time against the Yankees two days prior, the Orioles through a series of generally fuck-up-ery blow any chance at even keeping the game close.  Dylan Bundy pitched well, and then the usually solid bullpen came in and it all went to hell.  Errors, misplays, balls not cough that should have been.  I don’t often turn games off, but if I didn’t I likely would have thrown the remote through the wall.

Twins 1, Tigers 2 – Prof:  Every time I see James McCann’s name in a box score, I immediately think it’s BRIAN McCann, formerly of my Atlanta Braves. But I know it’s not him because JAMES McCann has no ugly beard and went to Arkansas. He also snagged a hot one, going yard and helping the Tigers beat Minnesota. WPS, son! Call ’em!