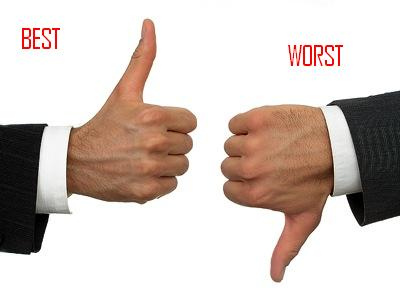 November 13, 2016 Author by professormaddog31Posted in Baseball, Other, SIlly News, Whatevers

Major League Baseball has been partnered with Match.com for at least a year now, and they hype it a lot. The premise is interesting: use this dating site to find single people who love baseball as much as you do so you can find your “perfect match”. I haven’t had a reason to join a dating site in the past, but I have no reason not to now, and I wanted to see what the fuss was about.

Mostly this is a lark. They say that the best way of getting over a broken heart is to get back on the horse, as it were. I don’t know if that’s true. To be honest, having been rejected by someone you are in love with is depressing. I’ve experienced it twice. I don’t think I have it in me to experience it a third time. Three strikes and you’re out, right?

So, I am looking for friendship only. Not “friends with benefits” or a relationship. Anyway, I was honest in my Match.com profile, but I didn’t put in too much information, either. Just enough to create “matches” and satisfy my scientific curiosity for the first month.

This is a screencap of my initial profile. I’ve eliminated my username and the ZIP code information of the area I’m looking in. However, I am looking in my landing point on the East Coast. As you can see, I didn’t upload a photo, either, because I didn’t want a bunch of creepers contacting me and I figured if I put up a photo I’d get hassled by people who are looking for any woman with a pulse (more on that in a minute).

In theory, a site like this would be great for someone like me who has massive social anxiety and wants to get to know someone before I would ever want to go on a date (yeah, I’m pretty awkward). Plus I don’t even feel a real attraction until I get to know someone really well. I can’t imagine that will go well if I go out on a date and tell the gentleman I’m out with that I don’t want to kiss him or whatever even if I think he’s nice or aesthetically pleasing. I’m not just that kind of person. I’m sure that would eliminate a second date!

Anyway, enough about my quirks.

The ads for MLB + Match makes it seem like you can sort by teams, but you can’t. However, I can add hobbies and other things that I like, the type of man I’d look for if I were actually looking, and I can add MLB teams that I’m into. I’ve edited a few of these things together for a visual. 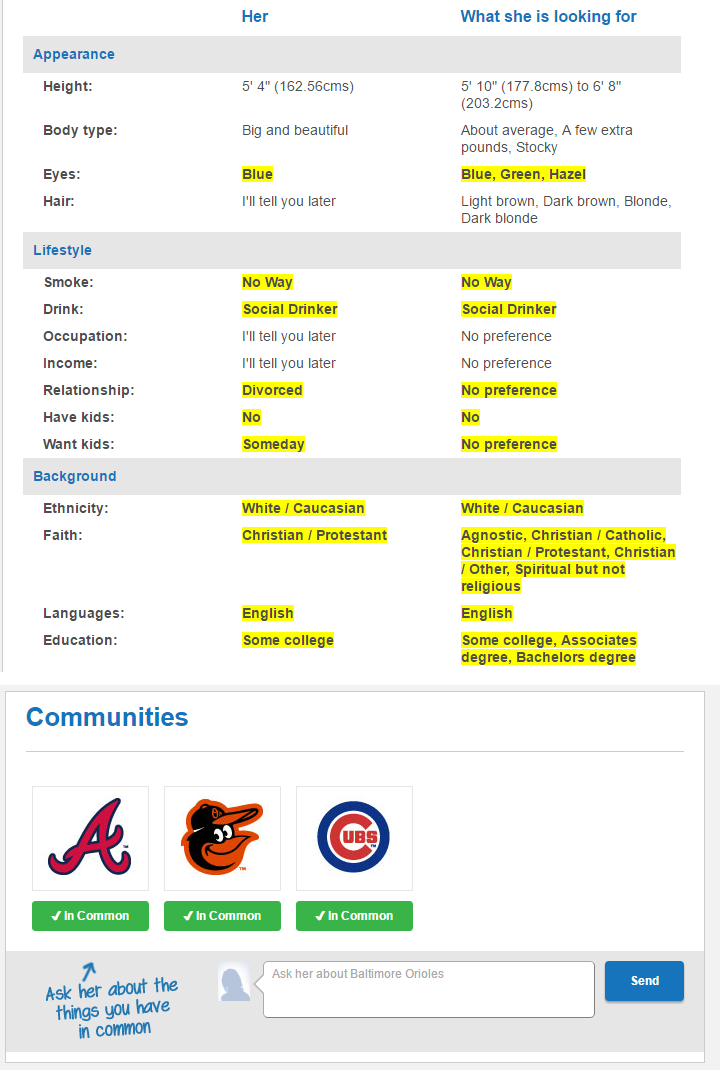 So, now the important stuff.

You’d think that because you can add the teams, you could somehow choose a widget that shows you everyone on MLB + Match who also likes the teams you’ve chosen so that you can sort through them. I mean, that makes sense, right? But no. The only thing especially baseball about the whole thing is that you can choose teams you’re interested in.

I’m going through what the website has for me as far as “matches” and to be perfectly honest, I don’t think even if I wanted to find someone I don’t think I would because almost everyone that I’ve seen has some sort of major turnoff listed, and very few are even physically interesting. Not that I’m picky or anything, but like most people you have to at least want to look at the person you’re on a date with, right? I have a very definite type. Hardly any of these “matches” has that look, even though I specifically state what kind of look I’m going for in the above screenshot.

Also, when going through what Match.com said is a “match” that I had said I was “interested” in, I saw several men that I have never seen before! How can I be interested in a man that I’ve never seen or even looked at their profile?

Example – there were 11 supposed matches for me. I looked at them all. Three of the 11 were interesting and relatively attractive, but were unsuitable upon deeper review. Only one of them specifically mentioned baseball (and looks to be a Phillies fan – I don’t know how that would work since I’m a fan of a division rival. Another mentions going to Nationals games, which would be even worse!). So as far as I’m concerned, none of these were viable matches.

Now that I have moved, I revamped my profile and added photos and a little more information. I had hoped that with this new addition, I could find a nice fellow to spend time with. The other day, I had 11 more supposed matches for me. I rejected all of them. Mostly because they are either old enough to be my dad (no), wrote hideously ugly sexist crap about how “their woman” needs to wear heels and not “guy’s clothes” (no, because during the baseball season I live in Braves tees), or are just absolute creepers. It’s disheartening to say the least.

As I mentioned before, I have attempted to search the site using keywords such as “baseball”, “Braves”, or “Cubs”. While it does narrow some of it down, it still doesn’t allow you to find actual fellow fans (unless I’m missing something, which is very possible!). All of this effort and time spent trying to find single baseball fans, all these ads on social media and at the ballpark, and it’s not even an option on the site!

So, should you bother with MLB + Match? I wouldn’t. It’s not truly a baseball fan matching site, it’s just a gimmick. It almost feels like a bait and switch, to be honest. You are probably better off going to the park wearing your team’s gear and carrying a sign that says “Single and ready to mingle” or something, or do what other baseball bloggers do and find your partner via Twitter. Or do what I plan on doing, which is not dating, not falling in love again and remaining celibate for the rest of my life.