Chicago is in complete celebration mode.  The long championship drought has finally ended and the baseball town is undoubtedly suffering extreme bouts of varying emotions.  One of the more interesting tales actually occurs at the stadium itself.  The brick wall on the right field side of Wrigley, the one facing Sheffield Avenue has gradually turned into a quite fascinating memorial.  The messages actually started out as fans writing inspirational messages along the walls of Wrigley prior to the start of Game 7 and eventually as the game progressed and the team won, the messages turned into a memorial for those that did not live long enough to see the moment.  Eventually the wall has become completely covered and it’s near impossible to find a spot to write on without use of a ladder. 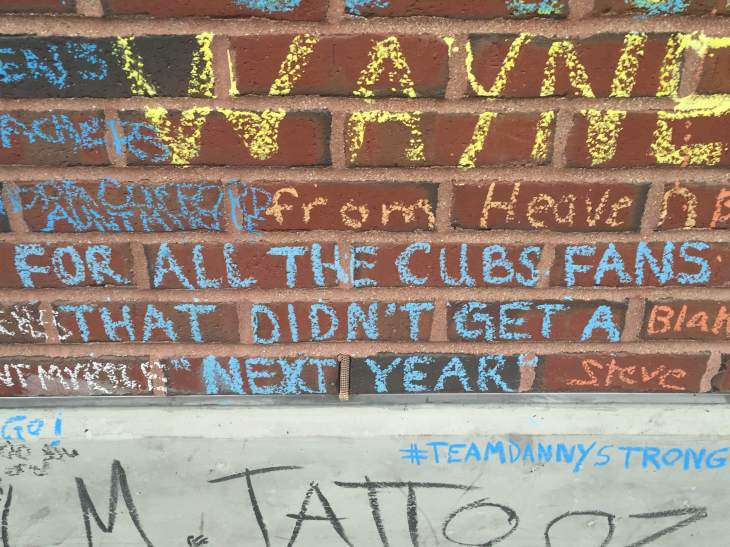 No one is sure who left unopened boxes of chalk on the ground for people to write with, but some people brought bags of their own, sharing them with others as they took in all the messages. Some people brought their own chairs, buckets or mini-ladders to stand on, sharing those as well so people could reach the untouched areas higher up on the walls.

Walked by Wrigley Field earlier today and saw this guy just staring at the wall for the longest… Bring that chip back to Chicago @Cubs pic.twitter.com/Dhn5H90yH4 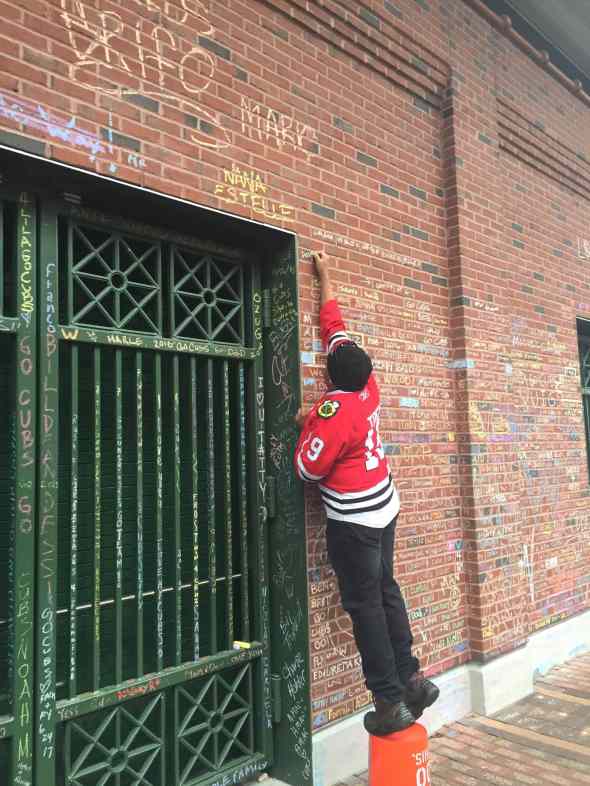 We’ve remarked on how Baseball, more so than any other sport is about family.  Most of us who follow the sport do so because it was handed down from generation to generation.  Never more so has this been so evident.  This was more than most a championship that celebrated those relationships.