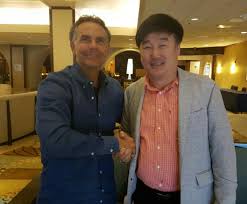 Trey Hillman, 53, will be managing the SK Wyverns in the Korea Baseball Organization (KBO), an announcement was made just today, according to media outlet Naver Sports, the contract was said to be on a 2-year deal worth an estimated 1.8 billion Won (at least 1.6 million USD) for Trey Hillman.

Trey Hillman will also be just the only 2nd foreign manager in KBO league history to manage a team in their country, with Jerry Royster being the first ever, managing the Busan Lotte Giants from year 2007 to 2010.