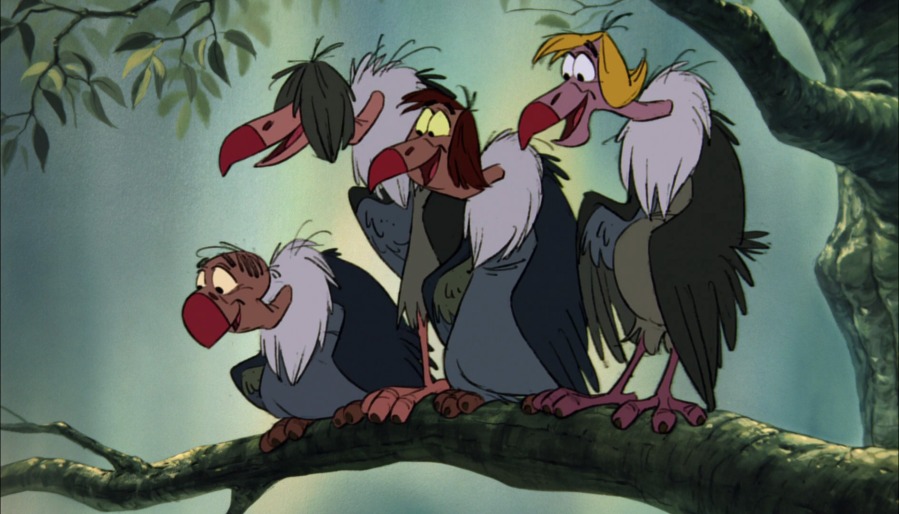 This week we have two vultures and no films about wolves or nature. Instead I watched this comedy starring Meryl Streep and Alec Baldwin called “It’s Complicated” about a couple who divorced ten years before (Streep and Baldwin) due to the man’s infidelity. In the present time they hook up again after their son’s graduation. All is not good however since Baldwin’s character remarried a few years before. In fact he married the same woman he slept with while cheating on his first wife. Now there’s a role reversal going on as Streep is now playing the mistress instead of the unhappy spouse. Also starring is Steve Martin whose character is clearly meant as the more appropriate partner for Streep to connect with after spending ten years in the dating wilderness (Martin’s character is also a recent divorcee). There are some extremely funny moments to be had including one involving a laptop camera and Alec Baldwin’s Family Jewels (which thankfully are not actually shown on screen).

I’ll watch pretty much any movie with Meryl Streep in it because she is just wonderful to behold and see perform. The film itself is average and predictable, entertaining but nothing special to write home about. Themes about marriage, divorce and cheating get tossed around.

One particular scene stuck with me because Streep’s character is basically asking her therapist whether she should have an affair or not and she wants to know what to do. I was once in this situation where a friend of mine (since, no longer a friend) was basically asking me the same question whether she should go ahead and have an affair with a married man. Like the movie, the actual answer wasn’t really important to the woman in question.  It made me wonder if this is a common theme. Women, who would otherwise not engage in adultery and usually condemn it, find themselves in the quandary of an affair, somehow need permission from someone they ascribe some level of authority to go ahead and do what they want to do anyway. Of course the plural of fiction and anecdotes is not data. So take it with a huge grain of salt.

Well, enough of that. It’s Baseball and Vultures!

August 9th, David Robertson of the Chicago White Sox. David is a man in no need of introduction. Besides, he’s graced this column before. Way to go Robertson! You have earned your Carrion Eater Badge with Vulture #2 this year.

To be fair, this particular Vulture is practically routine when the closer comes in and scrappy teams like KC squeak in the tying run by getting a hitter on base via single, pinch run with a super speedy guy. Have speedy steal second and then come home on another single.

I should have a term for this kind of Vulture or at least the situation where the pitcher is one swing away from oblivion. Call it The Thin Red Line. A one run advantage is easily reversed in the blink of an eye. No doubt Robertson mightily cursed the Baseball Gods as they snatched away his save one out away from securing it.

Never say the Gods are not without a sense of humor because in the top of the tenth inning the White Sox would score three times and while KC would stage another comeback attempt in the bottom of the 10th, they scored only one run. A three run deficit is MUCH more difficult to overcome than a one run deficit.

And so the Deities who did not see fit to let Robertson walk away with a save gave him instead a W that’s worth as much as an ashtray on a motorcycle.

August 10th, Jake Diekman of the Texas Rangers. Diekman was The Other Pitcher in the Hamels to Texas trade from Philadelphia. You could be forgiven if upon hearing his name your first reaction was “Jake Who?”. Well, Diekman is a fairly reliable left handed relief arm developed in the Phillies organization and became expendable once the Phillies (finally) committed to rebuilding.

Reliable does not mean infallible and on this day Diekman showed how fallible he can be. It all started in the 8th inning with 3-1 lead over Colorado. Fellow pitcher Keone Kela came in to keep the Rockies in check. After one out he walked Nolan Arendado. This was followed by a Mark Reynolds single. At this point Kela had only thrown 12 pitches and six of them were strikes. A 50% of finding the strike zone is not a good thing to have so Kela was relieved by Diekman.

As it turns out Jake’s problem was probably throwing too many hittable strikes. David Dahl hit a sharp ground for a triple clearing the bases and tying the game. Not content with that the Rockies would go ahead with a sacrifice fly from Ryan Raburn. Gerardo Perra would strike out looking. By the time the dust settled, the Rangers 3-1 lead became a 4-3 deficit. Way to go Jake!

Good thing for Jake Adrian Beltre is immortal because he knocked in the tying AND go ahead runs with a single in the bottom of the 8th scoring Mitch Moreland and Sin Soo Choo (Bless You!). I should point out they walked another old man to get to Beltre (Carlos Beltran).