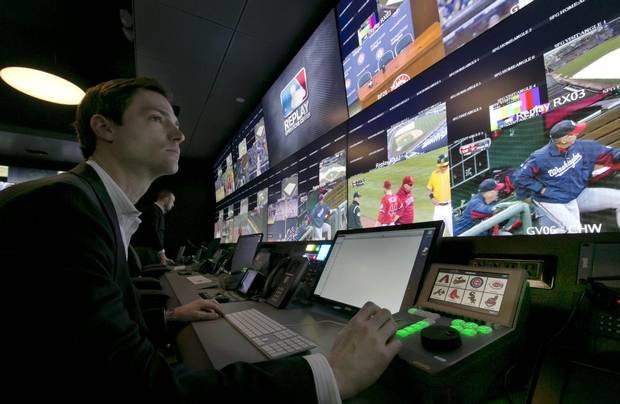 Lately, there’s been a few stories about baseball officials sticking their noses into places they don’t belong. Everyone knows about the former Cardinals front office executive who hacked into the Astros’ player and personnel database. Christopher Correa was recently sentenced to almost four years in prison for the hacking.

Today, thanks to our friends at Yahoo! Sports, we found out about another act of spying in baseball, but this one is unusual even for professional sports. The spying was done by a trusted member of the Athletics’ organization…on his own team members.

Long time strength and conditioning coach Michael Henriques put hidden cameras in the A’s locker room at the former O.co Stadium. The coach claimed that he put the camera in the room to observe athletes working out.

A member of the A’s found the camera on July 25th and immediately gave the evidence to Sean Doolittle, who is the union rep for the team. Doolittle brought the camera to the attention of team management. Word got to Billy Beane, A’s VP of baseball operations, who began an investigation.

While Henriques did not intend to do anything malicious or mean spirited with his hidden camera – he merely wanted to make sure the players were working out and rehabbing correctly – putting cameras in private areas of the stadium where players have an expectation of privacy is not permitted. Any camera – hidden or otherwise – installed in a locker room or clubhouse must be agreed to via collective bargaining, per the player’s union and MLB.

7 thoughts on “Doing Some Spying Up In Here”