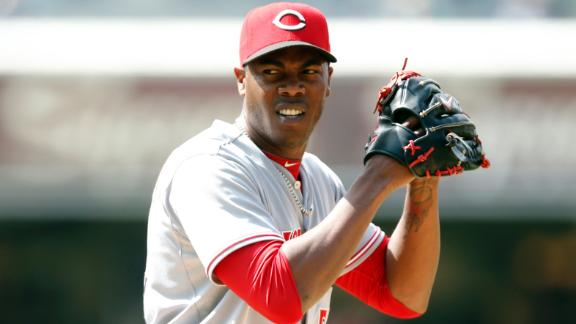 Last December, word came out that Aroldis Chapman was the subject of a pretty horrific domestic violence allegation.  At the time the Reds were actively shopping Chapman, and in fact one team the Dodgers pulled out as a result.  However, the Yankees saw an opportunity and traded for the hard throwing closer.  Now the Yankees have fully profited off the suffering of an abused woman.

The Cubs have taken an offensive step in ensuring a playoff push in acquiring Chapman in exchange for a package that includes the team’s best prospect.  Top prospect Gleyber Torres, #5 prospect Billy McKinnely, Adam Warren, and one additional prospect will be sent to New York.  Presumably the deal was contingent on the Cubs ability to sign Chapman to a contract extension so I’m sure that announcement is to follow.  Congratulations Brian Cashman.  You really know opportunity when you see one.

Yanks and Cubs have a deal. Torres, mckinney, Warren and likely 1 more to NYY.