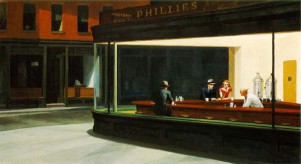 May 25, 2016 Author by professormaddog31Posted in Baseball, the midnight snack

Wow, tonight was… interesting. To that end, I’m trotting out a long time favorite song, for many reasons, but also because my name’s right in it.

And yes, I prefer this version over the Nitty Gritty Dirt Band’s. Deal with it.

Would You Like Sugar On That?:  As befitting my Southern roots, there’s not much I like more than something deep fried, especially if that something is dough with some sugar on it. Like a funnel cake. I love a funnel cake, but I don’t get to eat them very often, as the best ones are generally found at carnivals and my lifelong fear of clowns means that the mere thought of a Clown Surprise keeps me away from the deliciousness that is a funnel cake.

George Springer is giving us a sweet treat of his own.

We found out where this George Springer foul ball ended up — the deep fryer: https://t.co/sKKRrrSMhR pic.twitter.com/v5wdv7QD8d

The Hits Keep On Comin’:  Elsewhere in the American League, Jackie Bradley Jr has extended his hitting streak one more game, taking us to 28 and about halfway to Joe DiMaggio’s immortal stat. Isn’t that something? This is pretty cool.

As Jackie Bradley Jr.'s hitting streak reaches 28 games, context: This century, @MLB has had only 9 hitting streaks of 30+, per STATS LLC.

LOLBarves:  Another day, another sad outing in Atlanta. This time, the victors were the Milwaukee Brewers. Actually, my small child Scooter Gennett, who defeated the Brewers at the plate and at second base. Granted, Scoots didn’t do it all by himself, but he drove in a run and turned some fun plays in the infield. Scooter has been improving on his fielding lately. Last week he was the catalyst in an awesome double play against the Cubs (which I saw in person. It was beautiful).

On the Braves side of the field, Julio Teheran actually turned in a fine performance, dropping 12 strikeouts on the visitors, and Freddie Freeman showed us all why he’s a (legitimate) Gold Glove winner. However, everyone else decided to take a nap and/or send in their brain dead clones to play.

I will see them in a few weeks and I am sure that I will probably cry in agony a couple of times. You always hurt the ones you love, right?

2 thoughts on “The Midnight Snack – Tuesday”