May 20, 2016 Author by scoutsaysweitersisabustPosted in Baseball, Injury News

Athletics outfielder Josh Reddick left today’s game with what has now been diagnosed as a fractured left thumb.  Reddick suffered the injury sliding into second base.  Reddick is expecting to miss 4-6 weeks due to the injury, which comes as a major blow to an Athletics team that is already suffering a lot of injuries. 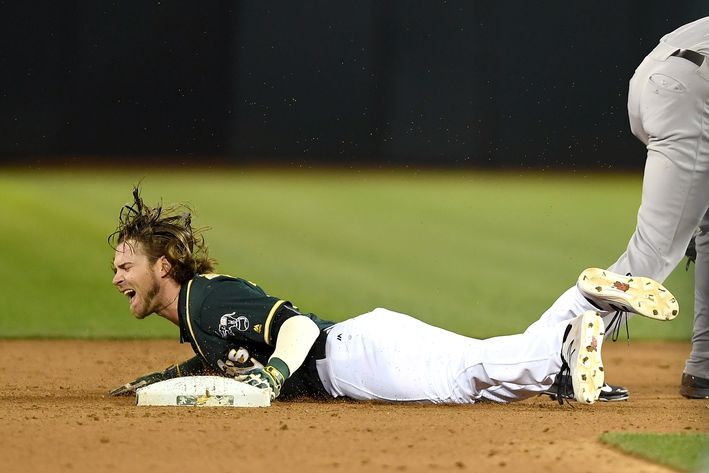 The 29-year-old has been a key contributor and important asset for the Oakland organization. He’s off to a blistering .322/.394/.466 start at the plate over 165 plate appearances. Even though fielding metrics aren’t crediting him with the same quality glovework he displayed for years out in right, Reddick is also a valuable contributor on the bases and is producing at career-best rates with the bat.

The Athletics will likely rely on Coco Crisp, Khris Davis, and Billy Burns to get a majority of the action in Reddick’s absence.  The timing hurts both Reddick and the Athletics as Reddick is entering into a walk year, and his performance placed him as ideal trade bait.