If we take a look at Monday’s Dodgers-Padres game, it sure looks like Chase Utley has admitted nothing, accepted nothing and changed nothing after breaking Ruben Tejada’s leg last postseason.CBS has got some of the best coverage, with both video and GIF at the site. The Big Lead, among other sites, has more. To me, it’s pretty clear-cut: He’s going to take out Norris, no matter what, who seems to have played everything totally by the book per last year’s change in home-plate play rules. 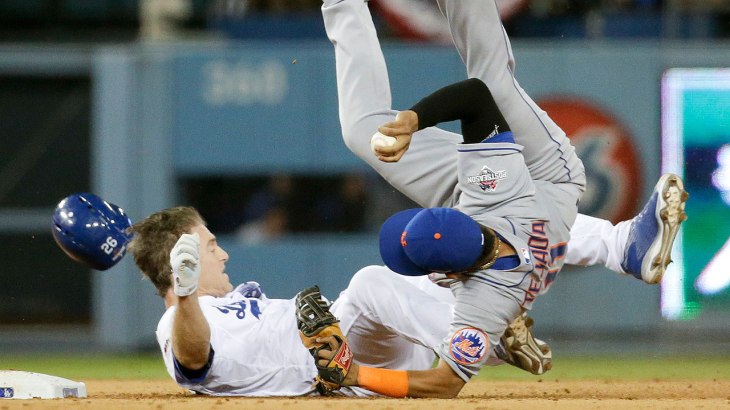 Arguably, if anything, this was worse than the playoff collision at second precisely because of the home-plate rules already being in place for a year.

Utley had his original two-game suspension for the playoff incident dropped, even after Joe Torre called it “a rolling block that occurs away from the base.” And, although this play wasn’t at second, and his suspension was dropped, the rules for slides at second were addressed this offseason

So, will he get any real discipline this time?

ScoutsEdit: Just wanted to embed some the video of the slide.

This play brought to you by garbage human Chase Utley. .@craigcalcaterra pic.twitter.com/AyMaNFZXsM