I’ve been thinking a lot recently of the resurgence in comic book heroes over the past 20 years and how we are living in a golden age for comic nerds.  While there has always been good comic book movies and TV shows, it’s really skyrocketed over the past 20 years.  The Blade and X-Men movies, followed by the Spider-Man films seem to have been the tipping point.  So I thought I’d delve into things a bit deeper and see who’s done a better job overall, Marvel or DC.  I separated it into four categories Live Action and Animated TV and Live Action and Animated Movies.  I left out the source comic material, because well it’s just too much and would be worthy of a series of articles on it’s own, plus I simply don’t know enough about comics to speak with any sort of authority.  For brevity’s sake I refrained from listing every single sequel, and also skipped on some of the lesser known adventures.  There’s just too many Batmans and Spider Mans to list, especially when you get into the animated comics.  If you want the full list, please see the Wikipedia links at the bottom of the article.  As per usual with this sort of thing, opinions will vary, and I’m sure some of you will argue very valid points in the comments.  There’s so much material there’s no way I can cover it all, and I’m sure I’m missing or forgetting something.  Also, I’m a giant nerd, so get over it.

DC has really put a great effort into their animated series and is a testament to some of the amazing talent they’ve hired over the years.  (ie:Bruce Timm is a golden god.)  Batman TAS, Superman TAS, and Justice League are absolute classics.  It was a crime that Young Justice was cancelled.  (They apparently didn’t sell enough toys.)  Hell, Mark Hamill is now better known for his Joker voice than for any space movie.  I can’t even listen to any batman that isn’t Kevin Conroy.

Marvel has done some decent things in the animated realm, the 90’s X-Men in particular was awesome, but have really fallen off as of late.  The new Avengers and Hulk series just aren’t getting it done.  (I haven’t seen the Guardians of the Galaxy series, but I hear it’s pretty good.)  We need a new X-Men and Spider-Man series, but it seems Marvel’s focus is on live action at the moment.

DC has laid out some fantastic films, built from the ground of it’s very successful animated TV series.

Marvel throws out an animated movie on occasion, and when it does, it’s rarely memorable. 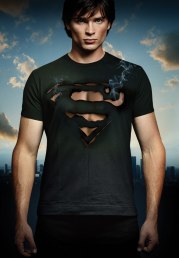 DC started out really strong with the old Batman and Lois & Clark series, then came along Smallville everything changed.  Comics were brought back to the small screen in a big time way.  It birthed the likes of shows like Arrow, Flash, Gotham, and Supergirl.  iZombie is actually very good and underappreciated and I highly recommend you check it out on Netflix.

Marvel came to the party late, but really came out swinging.  Daredevil and Jessica Jones were big hits that were allowed to thrive as Netflix exclusives.  Being on a unregulated network allowed for the producers to delve into darker and more generally adult content.  Agents of Shield ties into the shared Marvel universe, (especially the Captain America movies) brilliantly and adds additional depth to the series.

Winner: Push  Both are incredibly popular and successful at the moment, and for different reasons.  They have proven we want more daily super heroes, and they don’t always have to be the biggest names.  I honestly can’t pick one over the other.

DC has slipped of late.  They still can’t manage to make a quality Superman movie, and with the exception of the second Dark Knight movie, really hasn’t done that great in it’s Batman series.  We are still awaiting our first Wonder Woman movie (Seriously, why did this take so damn long), Flash, Shazam,Cyborg are all on the horizon, so hopefully they will turn the page here, but for now, most of DC’s best work is in the past.  I don’t really know what to make of Suicide Squad, but I do not have high hopes.

Marvel has revolutionized the super hero movie business over the past 18 years.  It started with X-Men and Blade, then expanded to each of their individual franchises, ultimately culminating into the Avengers team-ups.  Every year they surprise us with another hit movie that no one expected.  Deadpool and Guardians of the Galaxy are just the latest in a string of bigger than expected hits.  Sure they have had their share of bombs (Why they can’t make a decent Fantastic Four movie is beyond me), but more often than not Marvel is pumping out hit after hit after hit.

Winner: Marvel  Again, this category comes down to personal preference, but Marvel simply has done more over the past 20 years or so.  They had a multi-phased plan that started 8 years ago and have executed it flawlessly.  DC at this point is simply playing catch-up, and is not doing a particularly great job of it.