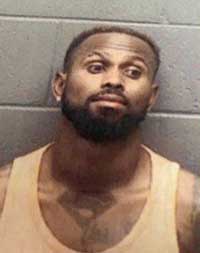 The domestic violence trial of Jose Reyes has been set for April 4th, in Hawaii.  The charges stem from October 2015, and involve his wife Katherine Ramirez.  Reyes has pleaded not guilty.

Per Red, the former New York Mets star “was arrested and charged with abuse of a family and/or household member” after the Wailea Four Seasons hotel security staff reported to police that Reyes’ wife, Katherine Ramirez, suffered face, neck and leg injuries.

According to Red, the impending case could have a major impact on Reyes’ Major League Baseball career. Former federal prosecutor and Wildes & Weinberg managing partner Michael Wildes explained that a conviction could lead to deportation:

Domestic violence can see an individual get deported if he or she is not a U.S. citizen. Once punished, the government has the authority to remove an individual for a crime involving moral turpitude and aggravated felony. It can be a very fast track for immigration officials to issue a removal proceeding. The only way to prevent removal is to be exonerated or have the charges dismissed, or if the government believes it’s a “he said, she said” matter. I would hope Mr. Reyes has a good immigration lawyer.

MLB Baseball has yet to act on the case and is apparently still investigating the matter.

3 thoughts on “Jose Reyes To Stand Trial For Domestic Violance”