We had a lot of big signings today, and a trade that saw the Toddfather make his way to the Windy City. All of this is great, but none of it is snack-worthy. A light nosh this evening, with bonus theme music. Stay hungry, friends.

Note to Inda: not a boy band, not Creed, and not Santa Claus Is Comin’ To Town.

Deny, Deny, Denial:  Yadier Molina is arguably the most beloved member of the St. Louis Cardinals. My Cards-cheering family members believe him to be the finest catcher in the entire league, and he wins enough awards year after year to bolster his reputation.

A couple of months ago, Yadi had some issues with his thumb, and had to have surgery. Many people were hoping he would be cleared for spring training and a return behind home plate to help the Birds on the Bat come back and battle the suddenly hot Chicago Cubs for NL Central supremacy.

But not so fast. 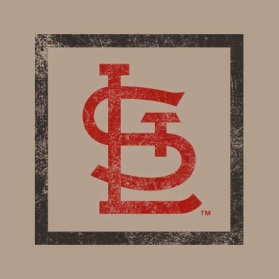 Molina has opted to have a second surgery on the same thumb because it wasn’t healing properly. Of course, one would hope that Molina recovers from this second surgery, but the biggest question (for me, at least) is when can he grip the bat again? And how does this affect St. Louis’ plans for Opening Day and going forward?

Also affecting the Cardinals is the news that Randal Grichuk had to have sports hernia surgery. While not as drastic as Yadi’s surgery – Grichuk should be able to participate in spring training – the young outfielder has been quite injury prone in his short career. Grichuk looks to be the Cards’ outfield starter, so his long term health is paramount in the Redbirds’ plans for this upcoming season.

24 thoughts on “The Midnight Snack – Wednesday”