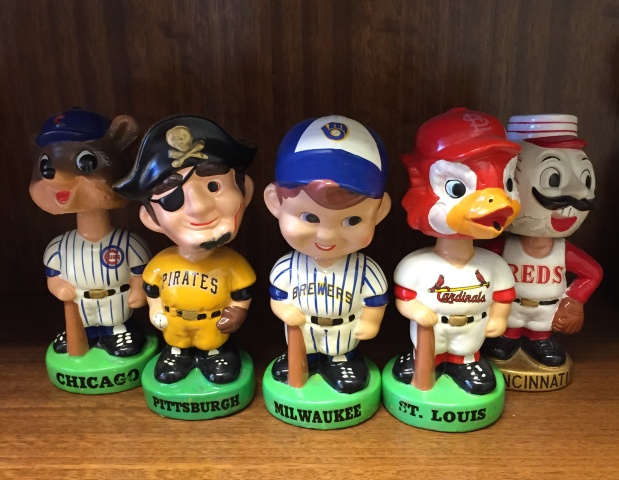 Regardless of the outcome of tomorrow’s games, one thing is certain.  The Cardinals, Pirates, and Cubs have combined to make this year’s NL Central the best division in the history of the sport.

Their records as of Saturday’s finals:

No matter what happens on Sunday, those teams will finish the regular season with the three best records in the entire game.  Since divisional play began back in 1969, no division ever has had all three of the best teams in it.  Never. Until now.

Since the realignment in 1994 expanding to three divisions instead of two, there have never been 3 teams in the same division to all have 95+ wins in a single season.  Never. Until now.

Back when there were just two divisions, only once did such a thing happen.  The 1977 AL East had 3 teams with 95+ wins, the Yankees had 100, with the Orioles and Red Sox tied for second place with 97.   Of course there were 7 total teams in that division and the other 4 were all under .500.  So the Yankees, Orioles, and Red Sox got to play more games against weaker divisional opponents than the Cardinals, Pirates, and Cubs did this year, simply because there were more weaker teams in their division back then.

Now, there was obviously no Wild Card back in ’77, so the Orioles and Red Sox were just shit out of luck when playoff times rolled around.  While many people find it “unfair” that two of the best three teams in the game have to play in a one-and-done Wild Card this year….that’s a hell of a lot better alternative to the “fuck you, go home” scenario that used to exist.