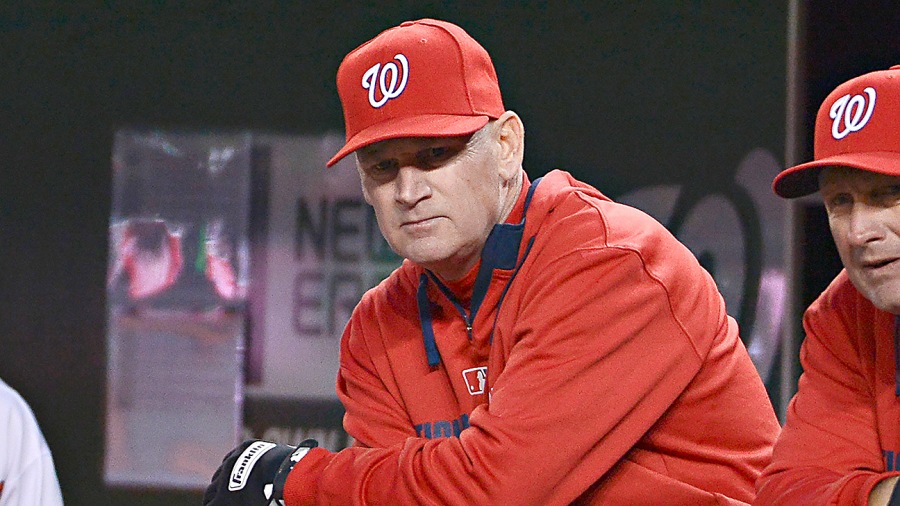 The Washington Post has a very long, very deep, three part article detailing the absolute shit show the Washington Nationals have been this season.  It’s one of the better articles I’ve come across in a very long time.  It’s very quickly making the rounds, and is well worth your time.  I will post some highlights, but you should certainly read it yourself.  A lot of anonymous player quotes.  The sort of stuff you really wish you had a name to, but know you’d never get this info without the guarantee of anonymity.  It highlights the fact that Matt Williams absolutely must be fired the day the season ends, if not sooner.

“The first time he does something odd, you’re like, ‘All right, I see. I get it. I’m with you,’ ” one Nationals veteran said. “The next time you’re like, ‘Ooookay. All right. I’m trying to get it. Yeah.’ And then when it keeps happening, guys are watching him like, ‘Well, here comes this guy again.’ ”

When you’ve lost the faith and trust in your players, when they roll their eyes at every move you make, you have a big problem.

The Nationals relievers, though, believed there was more to it than that. They believed the five times Thornton got up the previous night affected his ability to execute the pitch to Granderson, the pitch to Duda.

OK, maybe this is more on the pitching coach or the bullpen coach, but at the end of the day it’s the Manger who hires these people and it’s his call.  You can’t ware out your guy before he even gets into the ball game.  You would think it’s managerial 101.

Throughout the season, when everyday players are going to get a day off, the manager typically finds a way to get the message to a player the night before. The player then can do with that information whatever he wants — get in a more rigorous weightlifting session that night, arrive at the ballpark a little later the next day, whatever. More importantly, a player with a day off can mentally decompress and, for once, relax.

According to individuals with direct knowledge of the situation, Werth hadn’t received such a message from Williams. This wasn’t the first time, and Werth wasn’t the first veteran to experience what players considered an oversight once, an egregious error beyond that.

What might have been a minor blip in a successful season became a boiling point. Incensed, Werth ripped the lineup card off the wall, bellowing that it was going to change. Then, according to several people who were present, he confronted Williams — not just about whether he would play that day but about what most of the clubhouse considered to be a chronic lack of communication with his players. Among the most jarring barbs, from Werth to Williams: “When exactly do you think you lost this team?”

Just wow.  Holy shit.  I get maybe occasionally forgetting to notify a player, or making a last minute decision, but shit, it’s not that damn hard to pick up a phone.

Privately, Espinosa seethed. But people familiar with the situation said Espinosa’s frustration wasn’t entirely because he wasn’t in the lineup every day. It was because Williams didn’t follow through on his plan to find time for him occasionally — and then never communicated why.

Seriously, is it that damn hard to sit down and talk with your guys?  You are with them every day.  You live together on the road.  I get being upset you aren’t playing, but to feel that your manager is outright lying to you?  That’s a problem.

“He’s like the guy in his house who hears a sound, like someone breaking in,” one player said. “And his reaction isn’t to take care of the problem or investigate. It’s to put his head under the pillow and hope it goes away.”

Ouch.  Just ouch.  Your employees are outright calling you a coward.

This is one of my favorite quotes in the entire article.  Part is because I’m a huge Buck Showalter fan, but also because it’s very telling of the atmosphere of a team that has lost all respect in their manager.  It’s the most telling part of the entire article for me.

Machado flung his bat in disgust. Papelbon was immediately ejected. But two telling things happened next: First, as the Orioles hopped over the dugout rail and assembled as one along the third base line, the Nationals’ fielders wandered in from their positions. None of the outfielders made it to the infield dirt. All four infielders ambled about, leaving Williams to argue with home plate umpire Mark Ripperger, Papelbon to go at it with umpire Alan Porter.

Second, Orioles Manager Buck Showalter charged out of the dugout and got to Machado quickly. He then stood, arms folded and glaring, in front of Machado at first base. The message was clear: Want to get to my player? You have to go through me.

“You think that would have happened here?” one veteran National said. “No chance.”

I mean damn.  Just Damn.  The is the difference a good manager can make.  Both teams, the Orioles and the Nationals had high expectations for this season.  One turned into a national embarrassment, one held their heads up high and fought together the entire way.  One team had a leader, a man who has their back.  Who will step in and lead them.  The other has a manager who is completely lost and oblivious as if his head is too far buried in the sand to realize what is going on in his own dugout.  Who’s clearly given up on his team, his job, his career and is already completely checked out.

There is a lot more good stuff in the article, too much to really get into.  There’s a lot about the front office and the decisions involving trading for Papelbon in the first place.  There’s a lot about the players and the bullpen, and all the fine details that resulted in this once very promising team absolutely hitting rock bottom.  But for me it begins and ends with the Manager.  I never felt a manager really wins his team any ball games.  A great manager simply prevents the team from losing games by keeping the clubhouse together over the course of a long season, while the players are the ones who actually win or lose the game.

18 thoughts on “The Nationals Seem To Despise Their Manager”