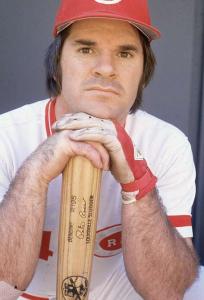 There has been a lot of press about Rob Manfred’s appearance on the Dan Patrick Show, and his comments regarding Pete Rose. The headlines talk about possible reinstatement before the end of the year. If that happens (and that is a major if), this would be a radical departure from the position of Fay Vincent and Bud Selig.

But what I found most interesting was this – Manfred seemed to be saying one very clear thing: Major League Baseball is not keeping Rose off the Hall of Fame ballot; the Hall itself is doing it. He kept going to pains to say that, when it comes to the question of reinstatement, all he is considering is Pete Rose fitness to be employed by a club. He also pointed out that tomorrow, the Hall could have before Rose the veterans committee if they are so inclined. Of course, Manfred sits on the board of the Hall….so he still has some say on eligibility. But his overall point that the Hall is the one keeping Rose out of the Hall is absolutely correct.

What struck me as significant about that statement is this. I have always believed that Baseball was in denial of the fact that this issue will not go away as long as Rose is Hall ineligible. They need some sort of final resolution, or the successor of Manfred’s successor will talking about this. It could well be that Manfred says “You know what? The Hall started all of this by changing their rules on eligibility. I don’t want Rose back in Baseball, but he is 74, and if some club hires him to be a token bench coach for the next 2 or 3 seasons, so what. I am done with this – let the HOF spend the next 25 years talking about Pete. He is reinstated.”

All speculation of course – but watching that interview, I saw a guy who is fed up talking about this issue, and wants to remind everyone that Hall eligibility is the decision of the Hall. He may put an exclamation point on that last part by tossing it all over to them.

30 thoughts on “What did Rob Manfred really mean about Pete Rose?”